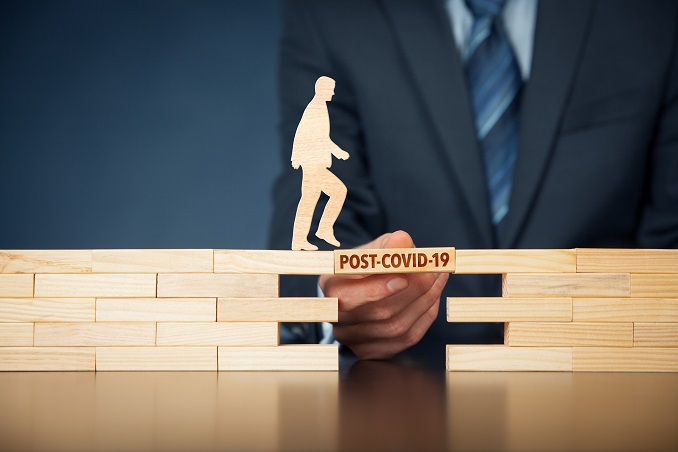 Last June it was agreed to extend THEEs until 30 September,a date that because of the situation we are in has not been sufficient for companies, which continue to suffer the economic consequences of coronavirus.

This has led the Government, employers and trade unions to agree on a new extension of THEES until 31 January 2021,which extends aid for companies that have taken over a Temporary Employment Regulation Dossier.

A new extension of THEES that is essential to protect companies and workers,helping to continuity of companies and the maintenance of jobs, and promote economic recovery. Today more than 700,000 people are in an ERTE.

Know all the keys to the fourth extension of THEES

How to apply for ERTE extension in your company

Companies in force in an ERTE must request an extension by October 20, 2020,as established by the Royal Decree-Law extending THEE Until 31 January 2021.

Upon application, the ERTE in force shall beautomatically extended, keeping all workers included in the temporary suspension of employment, as well as their right to collect a benefit of 70% of the regulatory basis.

Which sectors are considered to be the most affected?

The Government has drawn up
a list of the 42 sectors most affected by covid-19,
which it believes have a high coverage rate of ERTEs and a low rate of activity recovery.

In addition to prioritizing ERTE, these 42 sectors will be entitled to exemptions in business contributions for eachmonth, from October 2020 to January 2021.

What about all other sectors?

Companies outside one of the sectors most affected may also benefit from a force majeure ERTE,provided that they can prove that their activity depends on a company that is on the list of the most affected sectors.

To do this, they will need to prove that at least 50% of turnover depends on a signature in ERTE by sector.

What help will companies receive?

The aid will depend on the type of ERTE and the size of the company:

The exemption will last for the duration of the ERTE for regrowthe, or what is the same, when limitations affecting economic activity are lifted.

Companies with more than 50 workers will receive exemptions of 90% in October, 80% in November, 60% in December and 50% in January.

The exemptions for companies in the most affected sectors will be linear, varying according to the size of the company.

These are the alternatives to ERTE that your company can take.

What aid will affected workers receive?

The new extension of THEEs maintains the benefits that the workers concernedhad been collecting, which will continue to be 70% of the regulatory base until 31 January 2021.

70% of the regulatory base is limited to the usual amounts:

Will workers who remain unemployed consume the right to unemployment?

The agreement has also extended the “counter to zero” until 1 January 2021,meaning that for the remainder of the year, suspended workers will not consume the right to unemployment.

Will discontinued fixed workers be able to access any assistance?

This benefit shall also be compatible with part-time employed persons,provided that it is maintained on the date of birth of the right or acquired at a later date.

Will companies be able to raise overtime or pay dividends?

Companies in ERTE will not be able to consider performing overtime with their workers,nor may they resort to the hiring of an external company. Similarly, they will also not be able to pay dividends while in ERTE.

Can workers be fired during the ERTE?

Companies will not be able to lay off workers for the first six months of the ERTE. Otherwise, they would be obliged to refund the full amount of the contributions for which they were exempted, with the surcharge and the corresponding late interest, as provided for in the collecting rules on Social Security, after proceedings for the purpose of the Labour and Social Security Inspection that prove the non-compliance and determine the amounts to be refunded.

On the other hand, from the six months of the file, redundancies can be made.