Repeated punctuality failures may be deducted from the workers’ payroll 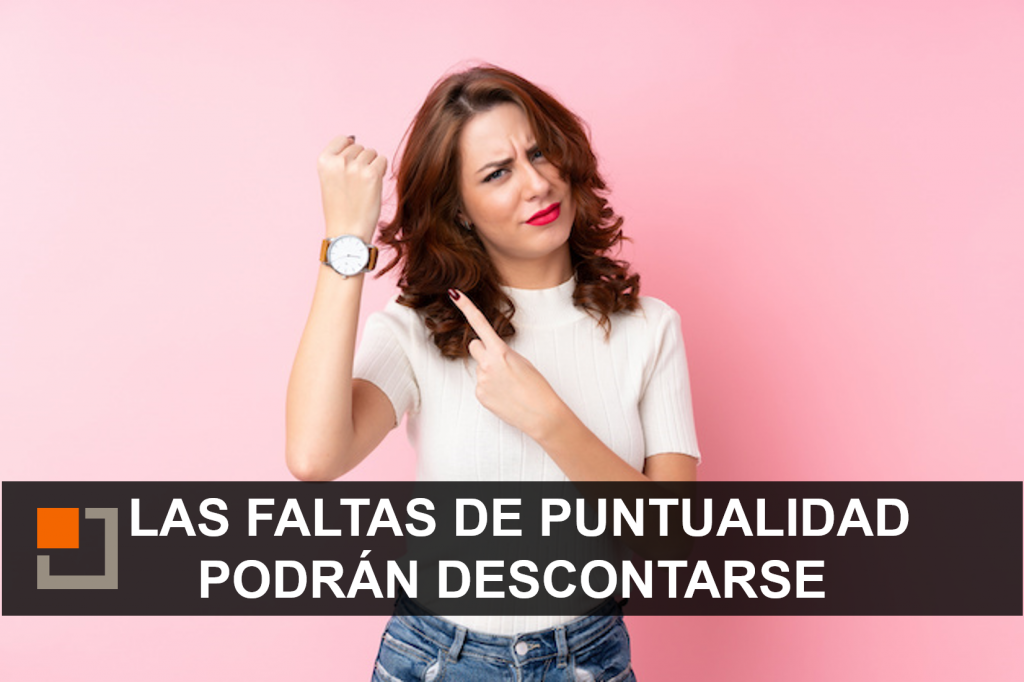 Until now, it was common for many workers to arrive late to their jobs, and start their working days five or ten minutes late on a regular basis. But probably, this will change, since now companies will be able to discount the lack of punctuality of the payroll in cases of repeated delays,as stated by the Social Chamber of the Supreme Court.

Emphasis should be placed on “repeated“, since obviously if a job is delayed in a timely manner, due to a breakdown in the car, an accident or that your child has become ill, the company will not be able to deduct that delay from the payroll, but it will be enough to recover the lost time.

On the other hand, for the time being the law does not specify a minimum of absences of attendance to discount the lack of punctuality, but it is understood that if a worker accumulates several delays not justified continuously, these may be deducted from the payroll and be considered as a breach of contract, even leading to the dismissal of the worker.

And the reality is that it will not be difficult to detect these delays, since, With the entry into force of the mandatory registration of the working day, identifying the lack of punctuality is very simple for companies, since both the entry and exit of workers will be recorded, as well as possible breaks they make throughout the day.

Repeated punctuality failures are not compensable with other work times

As we have mentioned, a punctual delay can be compensated by recovering the lost hours, but, the repeated lack of punctuality are not compensable with other work times,as dictated by the judgment of June 20, 2019 of the National Court.

With this ruling, the Social Chamber of the National Court determines that lack of punctuality may not be compensated by hours performed in excess, once the working day has ended, since this compensation would involve the distribution of working time at the discretion of the employee, which would be harmful to the company, which should adapt to the schedule of its workers, and not the other way around.

And, although it is true that the collective agreement establishes an annual calculation of the working day, the irregular distribution of it is granted to the employer, so there is no right of the worker to have his working day redistributed,once fixed due to unjustified delays.

Demand of the unions of a multinational contact center

The most recent case in this regard corresponds to the demand of the unions of a multinational contact center,which applied discounts on the payroll of its employees for the time they remained outside their jobs,within the hours marked in their working days.

In addition, those workers who accumulated repeated punctuality failures received a warning message,which indicated that if the situation did not change, they could be fired.

Here, the Supreme Court has given the reason to the contact centercompany,since it is understood that punctuality is a key and indispensable factor, and in case of not complying with it, it could be a cause for sanction, even going so far as to suppose the dismissal of the employee.

“If the lack of provision of services is attributable only to the worker, who is delayed when joining his job, the provision of labor services that entails the accrual of remuneration does not concur,” the Supreme Court detailed.

In this case, the company deducted a part of the payroll depending on the seriousness of each situation, and in addition, according to judgment 582/2021 of the High Court, if these delays persist, the staff will not be able to compensate for the time at another time, making the corresponding salary discount.

That said, from this moment, companies will be able to discount the repeated lack of punctuality of the payrolls of their workers if they deem it appropriate. A decision that will undoubtedly give a lot to talk about in the coming times, since delays in Spanish companies is a more than usual situation.