Modifications of the sanctioning regulation in the social order: automation, reduction for prompt payment and increase in fines

Aycelaborytax » Blog » Modifications of the sanctioning regulation in the social order: automation, reduction for prompt payment and increase in fines 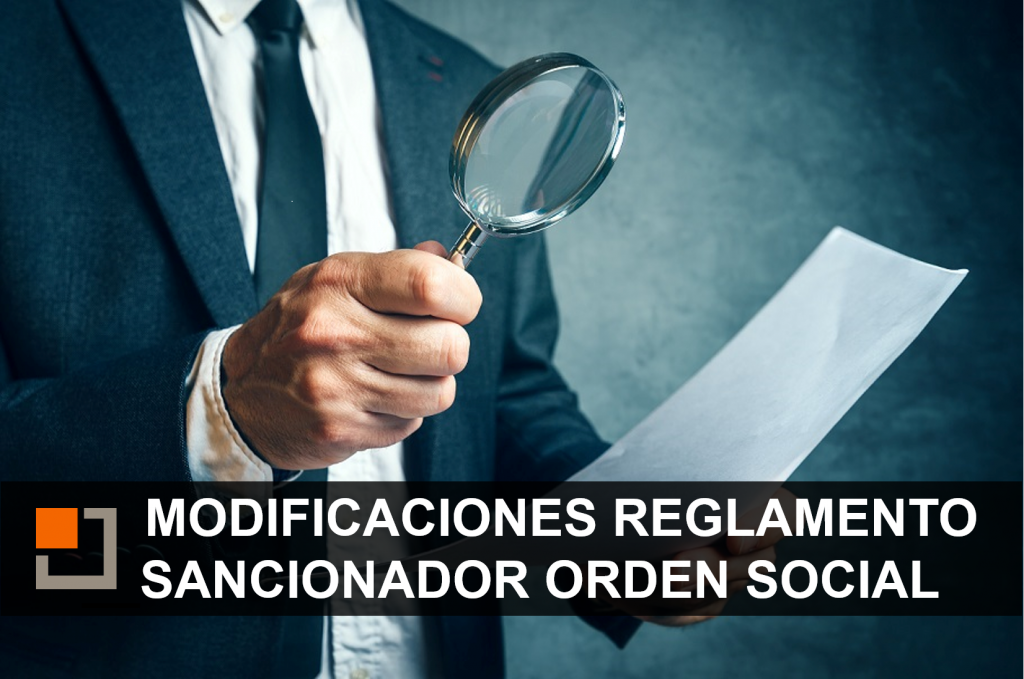 The Official State Gazette (BOE) has recently published a Royal Decree that modifies the general regulation on procedures for the imposition of sanctions for infractions in the social order as well as for the liquidation files of Social Security contributions.

This Royal Decree 688/2021,of August 3, aims to provide greater efficiency to the Labor and Social Security Inspectorate as well as to guarantee the effectiveness and deterrent nature of the sanctions.

From AYCE Laborytax, as specialized
labor advisors,
we share with you all the news of this important change.

With this change, Royal Decree 928/1998, of May 14, is modified in three fundamental aspects that, for your interest, we will treat in detail below:

The new Royal Decree, approved by the Council of Ministers at the proposal of the Ministry of Labour and Social Economy, provides that the Labour and Social Security Inspectorate (ITSS) can carry out an automated administrative activity in the sanctioning procedure.

This means that this body will be able to resort to the massive analysis of data that will allow to verify the existence of breaches, especially in the field of Social Security.

These are procedures in which the direct intervention of any ITSS official is not required, such as, for example, the communication of a registration in the Social Security outside the deadline established for it.

To this end, the Royal Decree regulates the procedure for issuing an infringement report in an automated manner.

In this way, as detailed, from now on it will be possible to increase the capacity of action of the Labor Inspectorate when it comes to correcting infringing behaviors using the necessary technology for it.

Thus, the new system will detect infractions by crossing the data and will issue an infraction report in an automated manner, under the seal of the Labor Inspectorate.

The text explains that the new technologies will be applied in the field of action of the Administration to, on the one hand, allow the massive analysis of data for “the detection of non-compliance” and, on the other, so that “the sanctioning procedure can be initiated through the extension of automated infringement reports,that is, without the direct intervention of an official”.

This reform, which involves the addition of a new chapter IX on automated administrative action, has two main objectives:

In turn, through this Royal Decree, in any previously automated administrative action, the cases in which such action will be used, the competent body or bodies for the definition of specifications, programming, maintenance, supervision and quality control of the information system will be determined, as well as, where appropriate, the body responsible for the purposes of challenge.

The acts of infringement,which must be signed with the Qualified Electronic Seal of the ITSS, will be notified within 10 working days from the date of the minutes opening, opening, from the following day, the period of 15 working days to formulate allegations or proceed to payment with recognition of responsibility.

If none of these actions are carried out, the infringement report is considered a motion for a resolution. But if allegations are presented, the file is assigned to an actor with inspection functions, to report on them.

Job questions? Let yourself be advised by AYCE Laborytax

As a second key point, the application of reductions in the sanctions of the Labor Inspectorate is also regulated. That is, Royal Decree 688/2021 will allow what is commonly known as prompt payment.

This modification is in line with the tendency in the sanctioning administrative system to allow the subject responsible for an infringement to recognize his responsibility in the commission of the infringement and, subsequently, to pay the amount of the sanction initially proposed with reductions on that amount.

However, it should be clarified that, although these reductions have been established in general (40%) by article 85 of Law 39/2015, of October 1, the special nature of this procedure and its specific characteristics make it convenient to express regulation of matter, inorder to adapt it to its peculiarities.

What is clear is that these reductions will make it possible to speed up the sanctioning procedure,since the waiver of any type of allegation or appeal in administrative proceedings is linked. In this way, the system of collecting sanctions is facilitated.

3 – Update of the amount of penalties: they amount to 20%

Apart from these main modifications (automated administrative activity and prompt payment), Royal Decree 688/2021 also adds another recently approved regulatory reform: the update of the amount of penalties for infractions in the Labor and Social Security Inspectorate. The increase in the approved amount is up to 20 percent.

According to a statement from the Ministry of Labor

, “the update, which will enter into force on October 1, has been carried out through the modification of the Law on infractions and sanctions in a final provision of the Remote Work Law 10/2021, of July 9”, sanctions that, as specified in the statement, had not been updated since 2007, “which had reduced the deterrent capacity of the infractions”.

With the change already approved, the amounts will rise,as it costs in the first final provision of the Remote Work Law 10/2021, of July 9, in:

To finish with the keys of this Royal Decree 688/2021, in the Final Provisions two more points are determined that, due to their importance, should be highlighted:

Remember that in AYCE Laborytax you have specialists in labor advice to guide you on these modifications.