Taxation in the VAT and IAE of the bitcoin mining activity

The recent Bitcoin mining activity that generates a series of monthly income raises doubts about how the income obtained should be treated in the face of taxation by the Value Added Tax (VAT) and the Tax on Economic Activities (IAE).

Since the creation of Bitcoin in 2009 as the most used type of what is commonly called “digital currency”, companies have emerged around this digital currency that provide their services in order to support this currency obtaining economic income in this same type of currency to later convert it into legal tender. One of these services that has become very popular in recent years is the “mining of bitcoins”, which is a process by which in a collaborative system of work exclusively on the network, the mining company collaborates by creating cryptographic blocks of information in order to provide security in transactions with Bitcoins, avoid double spending or the existence of fraud to the system, that is, the mining company creates digital systems to guarantee transactions, as if it were a ledger of all electronic transactions made with Bitcoins.

Should it be excluded from VAT taxation?

To understand if the activity of mining Bitcoins should be taxed in VAT, we have to address Law 97/1992 of December 28, on Value Added Tax (LIVA) that regulates it, in which article 4 establishes that “One. The supply of goods and services carried out in the spatial field of the tax by entrepreneurs or professionals for consideration, on a regular or occasional basis, in the course of their business or professional activity, even if they are carried out in favour of the partners, associates, members or participants of the entities that carry them out, will be subject to the tax. the key is in what the LIVA considers to be entrepreneurs or professionals, so in its article 5 it says that they are “a) Persons or entities that carry out the business or professional activities defined in the following paragraph of this article. However, they will not be considered as entrepreneurs or professionals who exclusively supply goods or services free of charge, without prejudice to the provisions of the following letter (…)

Two. Business or professional activities involve the self-management of material and human factors of production or one of them, in order to intervene in the production or distribution of goods or services”.

According to this description, the bitcoin miner will be considered an entrepreneur or professional if he carries out for consideration a professional activity of delivery of goods or provision of services that involve an intervention in the market, so it would seem that this activity would be included.

However, the Court of Justice of the European Union defined the criteria that must be considered to understand that a transaction is carried out for consideration, understanding that there must be a direct relationship between the service provided and the consideration received, and this activity will be taxable if there is between the person who makes the supply and its recipient a legal relationship in which reciprocal services are exchanged and the remuneration received by the person who makes the service. constitutes the actual value for the service provided to the recipient (Judgments of 5 February 1981 Coöperatieve Aardappelenbewaarplaats, Case C-154/1980, and STJE of 3 March 1994, R. J. Tolsma, Case C-16/1993).

On the above and taking into consideration the matter, the activity of mining Bitcoins in which when it is possible to create a cryptographed block of data that allows the creation of new Bitcoins and that this activity is remunerated by the system itself with an amount of Bitcoins, it cannot be understood that there is a relationship between the provider of the service and the recipient of the same and that the remuneration is the equivalent of the service provided, since an effective recipient or client of the same cannot be identified, to the extent that the new Bitcoins are automatically generated by the network.

Thus, according to the jurisprudence of the ECJE, in the absence of a direct relationship between the provision of the service and the consideration obtained in Bitcoins, the mining service would not be subject to VAT.

Going deeper into the matter, if we turn to Article 135(1)(d) of Council Directive 2006/112/EC of 28 November 2006 on the common system of value added tax, it provides for exemption from VAT in the following transactions “(d) transactions, including negotiation, relating to deposits of funds, current accounts, payments, drafts, claims, cheques and other commercial effects, with the exception of the recovery of claims.”

Neither the Directive nor the LIVA defines the concept of “other commercial effects” or “other payment orders” to be understood. To understand its meaning we have to go to the ECT Judgment in Case C-461/12, Granton Advertising, in which it concludes that “other commercial effects of Article 135.1.d) of Directive 2006/112/EC are intimately linked to payment instruments that allow the transfer of money and that as such financial transactions must be exempt from tax.”

When Bitcoin virtual currencies act as a means of payment and given their characteristics, they must be understood as included within the concept of “other commercial effects”, and therefore their transmission must be subject to and exempt from the Tax. 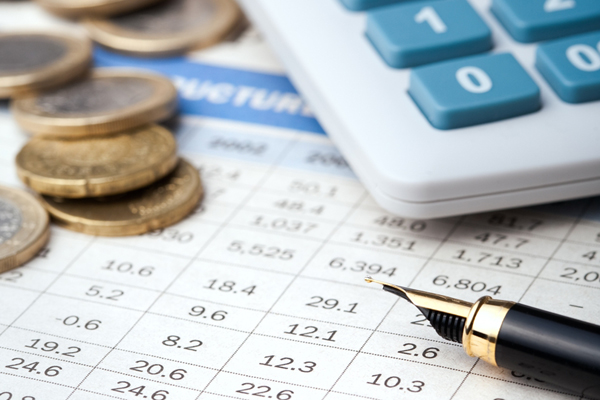 Is it necessary to register and pay taxes for the Economic Activities Tax?

To determine if the Bitcoin mining activity is within those obliged to register and pay taxes for the Economic Activities Tax (IAE), we must analyze the provisions of articles 78 to 91 of the consolidated text of the Regulatory Law of Local Finances (TRLRHL), approved by Royal Legislative Decree 2/2004, of 5 March, which establishes the requirements for an economic activity to be considered taxable to the IAE, which in summary establishes:

In this way, the Bitcoin mining activity can be understood to meet all the requirements to be considered an economic activity subject to the IAE.

However, this activity as such is not included in any of the headings of the tax, in accordance with the Instruction for the application of the Rates of the tax, approved by Royal Legislative Decree 1175/1900, of September 28, so we will have to apply rule 8 that establishes that“Business, professional and artistic activities, not specified in the Tariffs, they will be classified, provisionally, in the group or heading dedicated to activities not classified elsewhere (n.c.o.p.), to which by their nature they resemble and will be taxed for the quota corresponding to the aforementioned group or heading in question”.

In this way, following rule 8 of this instruction, we would have to look for the rate that most closely approximates the nature of the Bicoin mining activity, which in this case would be the one included in section 831.9 of the first section of the Tariffs, “Other financial services n.c.o.p.”, taxed in this way by the quota corresponding to it in the IAE.