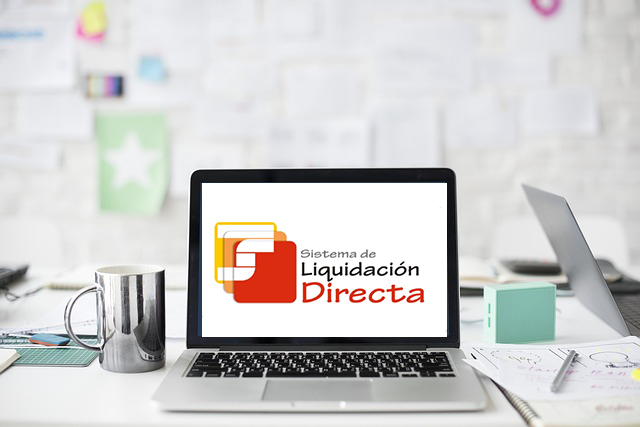 Automation is a widespread trend in the services of the Administration and is also applied to the collection of taxes or social charges.

The Cretan
Direct Settlement System
of Social Security is the successor to the old Red system and came into force through Law 34/2014.

In this article we explain in more detail what it consists of, when it came into force and what companies have to know for its use.

What is the Crete System or Direct Settlement System?

The Cretan System (Control of Collection at the Worker level) is the way that Social Security has to interact with employers and calculate the amounts to be paid for social contributions, managing settlements.

The main difference between the new Direct Settlement System with respect to the previous system in force, the Network,is that it is the General Treasury of the Social Security (TGSS) that is responsible for calculating the amount to be paid by each taxpayer.

The information is provided through a draft and, if you are satisfied, you will only have to confirm it; is a qualitative advantage with the Red system, in the line of simplifying the actions.

The truth is that the TGSS had already implemented automatic systems before and the Network was the system that was commonly used, having companies interact directly through the Internet.

There are no big changes for companies when it comes to applying the Crete system, but you are interested in knowing how it works.

Benefits of applying the Crete system

Entry into force of the new Direct Settlement System

The Cretan System was approved as a preferred method for Social Security with Law 34/2014, of December 26, on the settlement and payment of contributions.

It entered into force on January 1, 2015,but its introduction has been progressive because it was the Social Security itself that contacted taxpayers who used the old Red system.

However, we must point out that the Direct Settlement System already works in all companies with remarkable success,since the changes to be introduced with respect to the old system are few.

In the Cretan Social Security System the company has to provide a series of data to the TGSS,but it does not have to calculate the amount to be settled, unlike what happened in the Red system.

On the other hand, the deadlines for submission are those of yesteryear and no carelessness can be committed because, without the data, the draft cannot be generated.

First of all, you will have to request a payment receipt and, for this, the company has to provide the data to the TGSS.

Basically, it will have to include the contribution period of its workers, the salary bases, the amounts to be deducted and those that must be compensated.

Later the user will receive a draft that he will check with his data. In case of inconsistencies in the draft, it must be the user who must contact TGSS to correct these errors. Errors can be diverse, from the lack of start or end dates of temporary disability to discrepancies in the bonuses applied. In case there is no agreement, you can use the administrative route.

This information already had to be included in the Red system, but now the TGSS will be in charge of making calculations autonomously.

On the other hand, the deadlines for submission are those of yesteryear and no carelessness can be committed because, without the data, the draft cannot be generated.

The TGSS calculates the amount you have to pay each month with the information you provide.

Where applicable, you will be sent a draft with the calculated amounts and, if you agree, a receipt will be issued and you will only have to pay the amount.

The Direct Settlement System or Crete of social security is easy to adopt and you only have to take into account the need to be truthful in the information you provide to avoid confusion that generates sanctions.

In any case, it is clear that the chances of error are reduced, so its use is being successful and, for those who already used the Red system, the transition has been easy.

Anyway, if you have doubts about any specific detail, you can consult the advisors of AYCE Laborytax.