Income 2020: All about the repayment of fees from self-employed companies for the application of the flat rate

Aycelaborytax » Blog » Income 2020: All about the repayment of fees from self-employed companies for the application of the flat rate 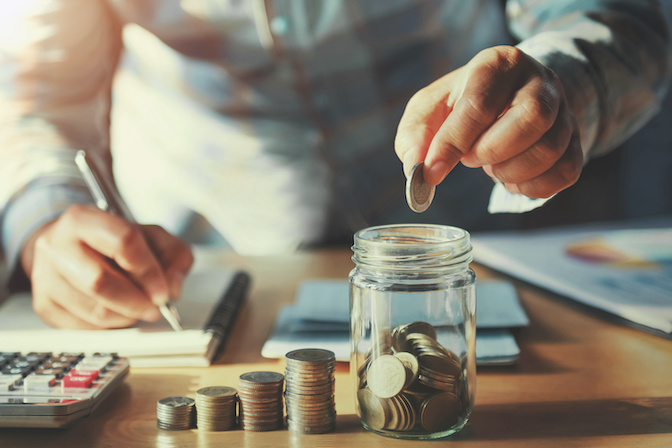 The Income Declaration campaign is always one of the most complicated exercises of the year for many people, mainly for the self-employed.

From April 7 to June 30,self-employed people will be held accountable to the Treasury for the income and expenses they had in 2020.

As usual, relevant news and current affairs always arise around each campaign, and this year it was not going to be any less. One of the novel issues with regard to the current campaign is the taxation in the IRPF of the reimbursement of quotas of the regime of corporate self-employed by application of the flat tariff.

The starting point is that all self-employed persons, including corporate ones, have the right to access the flat rate bonus provided they meet the above requirements.

It is important to remember that until last year the corporate freelancers were excluded from these aids,as we discussed in our blog.

However, after several judgments issued by the Supreme Court, Social Security changed its approach in 2020 confirming one of the historical claims of the corporate self-employed:being able to access the flat rate, just like the rest of the self-employed.

In this way, all new self-employed persons who register as members of a commercial company have recognized the right to benefit from the so-called
‘flat rate of 60 euros’,
a possibility that until now was considered a utopia for corporate self-employed people because the Administration had never recognized them this right.

The Treasury confirmed, in binding consultation V0360-21of 25 February 2021, the taxation in the IRPF of the return by the General Treasury of Social Security of differences in quotas of the Autonomous Regime for the application of the flat rate.

Thus, it was determined that the corporate self-employed could not be excludedfrom those aid, since the fact that they are not expressly detailed in the list of beneficiaries of the flat rate does not mean that it must be interpreted as having to be excluded from the bonus.

The change in interpretation came as a result of Supreme Court Judgment 3887/2019 of 3 December and subsequent ones, which consider the flat-rate benefits to self-employed partners of capitalist commercial companies,whether public limited or limited companies, to apply.

The reply of the query recalls that:

“By trade No. 252/2020-1.1 of 20 July 2020, the Sub-General for Management and Challenges of the General Treasury of Social Security communicated to all the challenge units the change of judgement with respect to the interpretation of Article 31 of Law 20/2007 of 11 July of the Statute of the Self-Employed Person, as a result of the Judgment of the Supreme Court 3887/2019 of 3 December, and subsequent ones, that consider the contribution benefits referred to in that article to self-employed partners of capitalist commercial companies, whether public limited or limited companies”.

How to tax the repayment of shares in income 2020: income from economic activity

Therefore, the claims for reimbursement of excess submitted for this reason have been estimated in their entirety.

The Treasury understands that such reimbursement of the excess contribution, accounted for in its day as an expense and deducted tax, must be attributed as income in the corporate tax base of the tax period in which the right to its refund is recognized.

As set out above, and as the above-mentioned binding consultation concludes, “the consultant shall allocate the amount of the refund of the excess contribution (resulting from the application of the flat rate as a corporate autonomous) as a performance of the economic activity in the year in which its refund has been agreed”.

Similarly, “it is not necessary to make additional declarations for the years in which the amounts under repayment were paid”.

The sentence that forced changing the Discretion of the Administration

As we have mentioned, although there were numerous rulings that gave the reason to the corporate self-employed about their right to enjoy the flat rate in their Social Security contributions, there was one that forced to modify the Management’s approach by ratifying the Administration’s right to access the bonus just like other self-employed workers.

In particular, it was judgment 3887/2019,issued by an Appeal, in early December 2019, by the High Court’s Litigation Chamber.

This ruling was a before and after to create jurisprudence on this matter and to oblige the Treasury General of Social Security to give “ex officio” the provision to the self-employed owners of a commercial company.

In that judgment, a self-employed woman was granted the right to access the flat rate. As set out: “We declare the appellant’s right to the application of the benefits of Article 31.1 of Law 20/2017 of the Statute of Self-Employed Workers (paragraph governing the Flat Rate), with the consequent obligation of the General Treasury of Social Security to reimburse the appellant for differences in consequent contributions”.

That judgment was followed by others in the same direction as those delivered on 27 February 2020 (judgment in 286/2020) and on 4 March 2020 (judgment in 315/2020), which also consider the benefits of the flat rate to self-employed employees who are partners of capitalist commercial companies, whether of public limited or limited companies.

Do you doubt your Income Statement? We know how to help you.

On the other hand, and relating to the 2020 Income campaign, the AYCE Laborytax tax advisers get some doubts about managing the large number of
self-employed people because of the coronavirus crisis,
as well as with the deferment of the payment of fees to Social Security.

For example, some self-employed people who have received aid for the cessation of activity and are exempt from paying social security fees have seen them still be charged this fee despite having recorded the freezing of that payment.

As confirmed by the Ministry of Inclusion, Social Security and Migration, the Treasury will return this fee ex officio once the information with the mutual has been verified.

However, it must be the self-employed person who takes the initiative and asks for a refund in the section“Return of income from special social security schemes and systems”.

Following the measures agreed by the Government at the end of January, the self-employed have the right to apply for cessation of activity aid for the pandemic,which have been extended until 31 May.

This agreement also entails exemption from quotas, provided that a 50% drop in activity can be credited for the first half of 2021 compared to the last half of 2019.

In addition, self-employed persons are exempt from taxing the cessation of business benefit up to EUR 2,000.

That benefit is taxed in the 2020 income declaration as a return on work and, as such, is subject to an automatic reduction of EUR 2,000.

That is to say, self-employed persons who are on the minimum basis and have only received for two months the cessation of activity would not be taxed for this aid, as they would have charged less than EUR 2,000.