When is the compensation for termination of contract subject to Personal Income Tax?

Aycelaborytax » Blog » When is the compensation for termination of contract subject to Personal Income Tax? 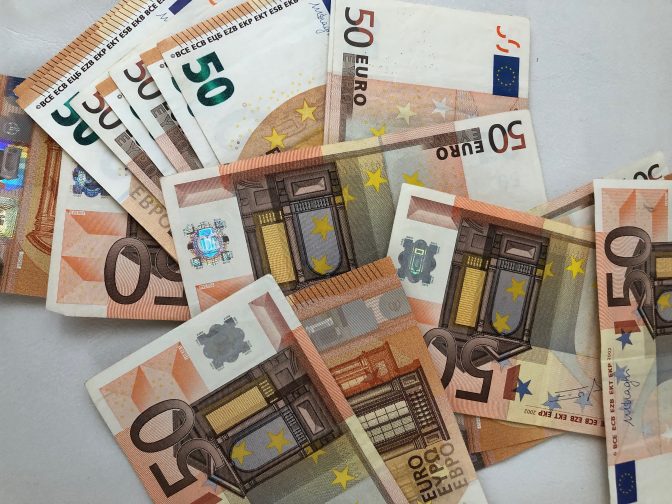 The compensation paid to the workers as a result of the agreement reached with the company to terminate the contract, is not exempt from Personal Income Tax, which entails the obligation of the company to practice withholding. The existence of the agreement can be deduced from indications such as the age of the worker, the amount of compensation or the reasons alleged in the letter of dismissal.

Agreement to terminate the contract

By agreement of the Tax Agency, liquidation is carried out in the form of withholdings and income on account to regularize the amounts paid as compensation for unfair dismissal of 12 employees, which the company had considered exempt. The company presents an economic-administrative claim that the Central Economic Administrative Court (TEAC) rejects, considering that the compensation paid to the workers is not exempt from personal income tax since it is the result of an agreement with the company to terminate the employment relationship. The company appeals to the National High Court.

The controversy arises in relation to the obligation to withhold on the part of the company, which in turn depends on whether the amount paid to the worker as compensation for unfair dismissal is subject or exempt to personal income tax.

Compensation for dismissal or dismissal of the worker in the amount established as mandatory in the Workers’ Statute is exempt from personal income tax, without being considered as such that established by virtue of an agreement, pact or contract. The National High Court considers that the evidence on which the liquidation agreement is based reasonably leads to the conclusion that the compensation paid to the workers is the result of an agreement with the company and not the result of the dismissal of the workers. And it reaches this conclusion from the following indications:

For the National High Court, this agreement is beneficial for both the company and the workers. The compensation accepted by the workers, even if it is lower than what would have been due to them in the event of a declaration of unfair dismissal, it allows them to obtain, up to retirement age, a higher income than if they had carried out their work, to which must be added the difficulty of finding a new job at that time. In addition, to the compensation accepted, the unemployment benefit is added until reaching retirement age. The company,for its part, can terminate the employment relationship at a lower cost than the unfair dismissal and the one that would have had to pay the worker until his retirement.

Based on these indications, the National High Court concludes that what happened was an agreement to terminate the employment relationship, so that the compensation paid must be subject to personal income tax and the company must practice the appropriate withholding. It therefore dismisses the contentious-administrative appeal. 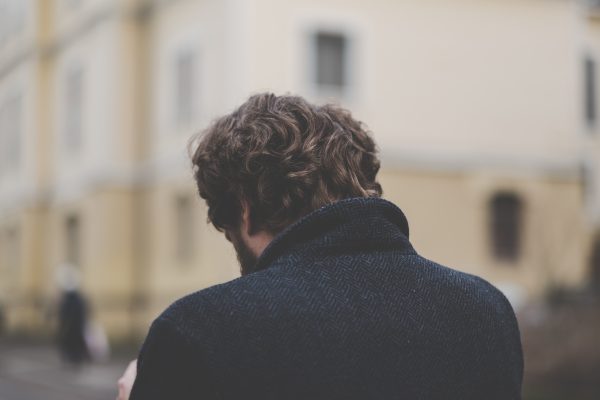 The compensation received in these cases is exempt in the amount established on a mandatory basis:

Compulsory indemnity cannot be considered to be that established by agreement, agreement or contract between the parties. These expressions refer, in any case, to their grammatical meaning of agreement of wills, without having such consideration the amounts agreed in the previous act of administrative conciliation concluded before the labor authority.

Taking into account the cause of the compensation, the days of salary per year of service, and the maximum monthly payments; the table of compensation at the end of an employment relationship would read as follows: 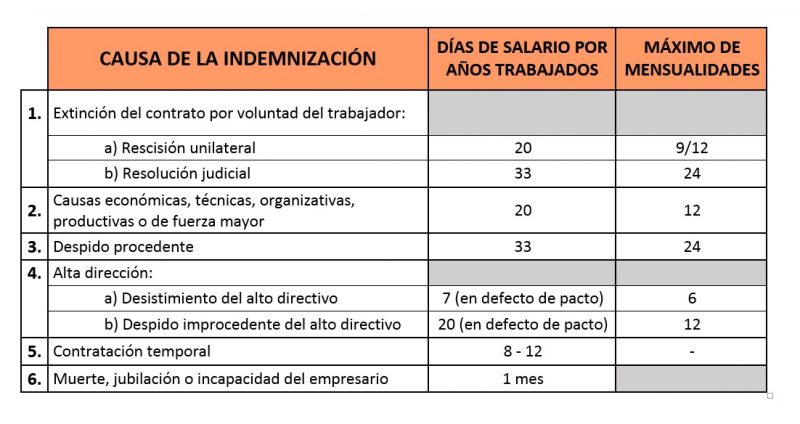 If your company dismisses a worker and satisfies him with compensation above the legal limit or whose amount exceeds 180,000 euros, that excess will be taxed in personal income tax and will be subject to withholding. 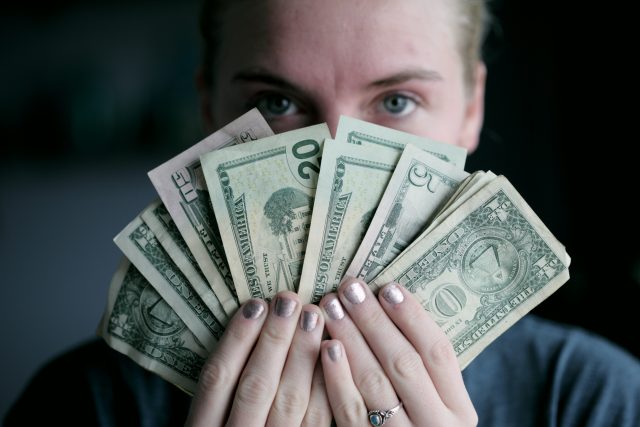 If your company dismisses one of its workers, it must satisfy them the following amounts:

With retention: Although in most cases this compensation is exempt from taxation in personal income tax and does not carry withholding, in some cases the company must withhold. Specifically, this happens:

Re-calculation of withholdings: If there are these excesses subject to withholding, there are variations with respect to the amount that your company took into account at the beginning of the year to determine the type of withholding applicable on the worker’s payroll. Therefore, you must recalculate the applicable withholding according to the final remuneration, and apply a “regularized” withholding rate on the last payment to be made to the worker.

How to calculate the applicable withholding on compensation?

On November 1, a company dismisses a worker with a gross annual salary of 120,000 euros. The settlement corresponding to extra pay and holidays is 10,000 euros, and the compensation – calculated according to the limits established in the labor legislation – is 215,000 euros.

In any case, it checks how this calculation is made if until October 31 the worker has received 94,286 euros and has endured a withholding of 32,350 euros (at the rate of 34.31%, according to the calculations made at the beginning of the year and in which it was considered that he had two children and that he presented an individual declaration).

The calculations in the quantities would be as follows:

(
*
) The subject compensation is reduced by 30% if the affected person is older than two years.

If you dismiss a worker and satisfy him the settlement and compensation, you should not apply the same withholding that you applied during the year. Recalculate the amount to be withheld according to the final remuneration that you will end up satisfying.

If you have any questions about it, you can
contact
our advisors in any of our offices,so that we can help you solve it as soon as possible.