What is the Tobin rate, what is it for, and how does it affect your business?

Aycelaborytax » Blog » What is the Tobin rate, what is it for, and how does it affect your business? 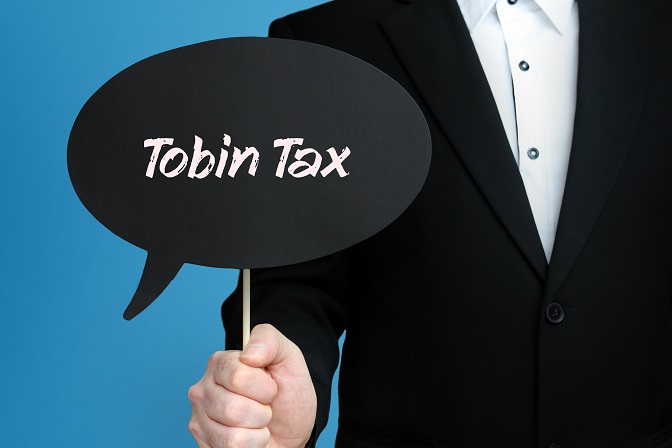 Last February 2020, the Government approved the entry into force of the Tobin rate and the Googlerate, and in this post we will focus on the first rate, which is a type of financial transaction tax (ITF) with which the Government expects to obtain a collection of about 850 million euros.

What is the Google rate and what is it?

What is the Tobin rate?

The Tobin tax in Spain is a tax intended to tax financial transactions betweencurrencies, which are carried out with cash payments.

With the entry into force of the Tobin fee in Spain, 0.2% would be charged on the sale or purchase of foreign exchange conversionshares, with the aim of combating and penalizing short-term monetary speculation, which may jeopardize the stability of a country’s currency.

the Tobin tax will apply to all transactions to purchase Spanish shares carried out by financial sector operators,regardless of the residence of the persons or entities participating in the transaction, as well as the country in which the negotiation takes place.

With the implementation of this tax, the Government hopes to raise around EUR 850 million, which would be earmarked to balance Social Security accounts to help cover pensions.

The Tobin rate is due to James Tobin,a renowned American economist who was a Nobel Laureate in Economics in 1981, who in 1972 he tried to curb global foreign exchange speculation with the implementation of a keynesian-based tax model, designed to slow currency speculation after the United States exits the Bretton Woods agreements, by levying a 0.5% levy on capital flows.

How the Tobin rate works in Spain

The Tobin tax in Spain will apply a tax of 0.2% to the acquisition of shares of Spanish companies with a market capitalization of more than 1 billion euros.

This tax shall not apply to the purchase of shares of SMEs and non-publicly available companies. Nor on the way out of companies on the stock exchange.

Who does the Tobin tax affect?

The Tobin rate will affect the purchase of shares of publicly ticking companies with a capitalizationof more than 1 billion euros. It is estimated that in Spain there are about 65 companies, among which are all those of the Ibex 35.

In this way, the purchase of shares of companies with more than 1 billion capital will be taxed at 0.2%, regardlessof the profit or loss of assets in this transaction.

Experts say that this tax will directly affect the small stockbroker,as a cumulative 0.2% will subtract a significant amount from the investments, negatively passing on to the return on such investments.

Similarly, the volume of tradingon the stock exchange is expected to fall, as well as a drop in profitability of products such as investment funds or pension plans.

For years, an attempt has beenmade to impose a common rate in the European Union, especially during the worst times for the Euro, when a levy of 0.1% was raised for the purchase of shares and 0.01% for derivatives.

Countries such as Belgium, France or Italy have already had atax on financial transactions for a long time, and have inspired other countries such as Spain or Germany, which has recently launched a proposal very similar to that proposed by the Spanish Government.

One of the countries that, as recognized by the Minister of Economy, Nadia Calviño, has served as inspiration for the Tobin rate in Spain, has been France, which introduced this tax in 2012, which is taxed at 0.3% on the sale of listed shares of companies with a market capitalization of more than 1 billion euros. In addition, France adds 0.01% to derivatives on bonds from European Union countries and on high-frequency trading.

In other countries such as Italy the Tobin rate was introduced in 2013 with a levy of 0.2% on the sale of shares and 0.2% for derivatives transactions. Except for the first year, in Italy the collection has always exceeded 400 million euros.

In short, the Tobin rate is a 0.2% tax on financial transactions (ITFs) with conversion between currencies that occur in cash, whose main objective is to curb monetary speculation. With this tax the Spanish Government hopes to raise around 850 million euros, which would be intended to clean up Social Security accounts to try to cover pensions.