What is the Google rate and what is it?

Aycelaborytax » Blog » What is the Google rate and what is it? 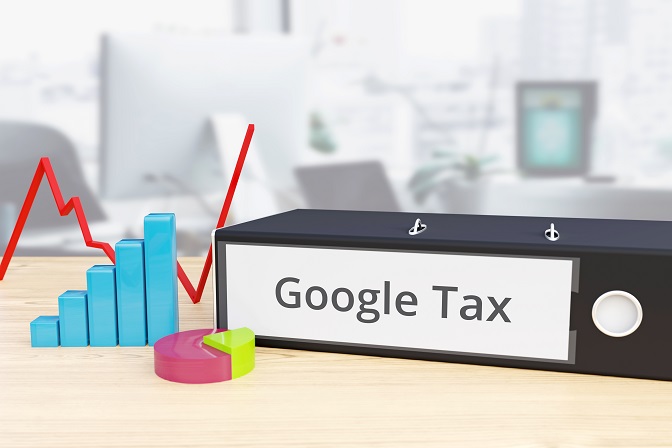 Last February 2020, the Spanish Government approved the creation of two taxes on financial transactions and certain digital services: the Tobin rate and the Google rate. With the sum of the amount collected by both, more than 1.8 billion euros are expected.

In this post we will tell you what the Google rate is, what it is and how it will affect. Pay attention and take note.

What is the Tobin rate, what is it for, and how does it affect your business?

What is the Google rate?

The Google tax in Spain is an indirect tax on certain digitalservices, which will be responsible for taxing those companies that have annual revenues of at least 750 million euros, and with revenues in Spain of more than 3 million euros.

The Google tax will tax online advertising, intermediation and data transmission services by 3%,and with it the Spanish Government plans to raise around 968 million euros.

According to the Council of Ministers, the main reason the Google rate has been approved is that many Spanish companies earn large revenues that do not tax and escape the Spanish tax framework,which directly affects smaller retailers.

Who will have to pay the Google tax?

The Google tax will apply to all companies with annual worldwide revenues of more than 750 million euros,and with revenues in Spain in more than 3 millioneuros. This is the case for companies like Facebook, Amazon, Apple or Google itself, which were the ones that were benefiting the most until now, as they did not tax what they really should for the revenue generated.

In contrast, the following companies will be excluded from Google tax:

The settlement of this tax shall be quarterly,and accrual shall be for each provision of services subject to tax. However, following pressure from Donald Trump’s administration, exceptionally the first payment will not be made until at least December 20, 2020,with the aim of giving sufficient leeway until an international agreement is reached.

As we have already mentioned, its implementation expects to raise 968 million euros,coinciding with the highest threshold of the forecast made by the Independent Fiscal Responsibility Authority (AIReF), which establishes a fork of between 546 and 968 million euros.

A forecast that has been reduced due to the economic slowdown and the experience of this tax in other countries, as it was expected to raise EUR 1.2 billion at first.

Penalties for not complying with the Google rate

Since the Government has been advised that not complying with the Google rate will involve penalties of up to 0.5% ofthe net amount of the previous calendar year’s turnover for companies. Not complying with this tax is meant to actions such as hiding the user’s location of such services through misrepresenting or hiding the Internet Protocol (IP) address.

How will the Google rate affect in Spain?

The Google tax in Spain does not tax the user of digital services, so at the outest this tax should not affect consumers.

But according to the technological employer Ametic, the Google rate will directly affect start-ups and SMEs,as it will create barriers to market entry. In addition, it anticipates that large technology companies pass this tax on to small businesses, freelancers, users, non-profit organizations or public bodies that use these platforms.

In short, the Google tax is a tax that will apply to digital economy giants such as Google, Facebook, Apple or Amazon that until now did not tax the revenue earned in Spain. This tax will affect Internet companies with annual worldwide revenues of at least 750 million euros, and more than 3 million in Spain.