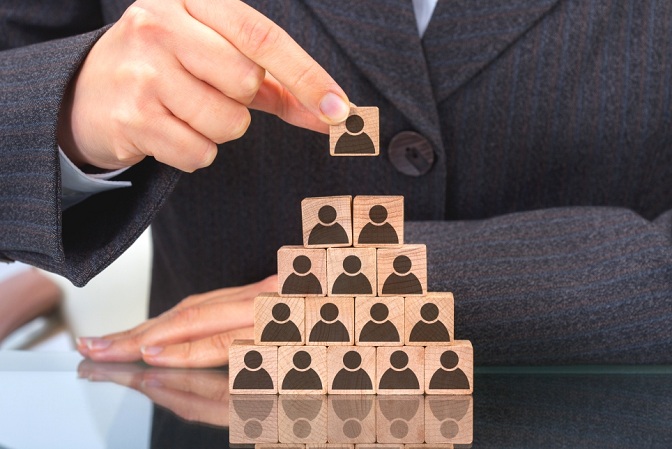 Traditionally the hierarchy of a company was defined based on the roles of bosses and employees, but over time the business hierarchy model has evolved enormously,adapting to the needs of today’s society.

Through a good hierarchical structure we can achieve a better organization and coordination in the company, favoring that each employee works in the same direction to achieve a common goal, having clear functions.

That said, although there are different alternatives, below we give you a series of tips to compose the hierarchy of a company favoring its growth,reviewing the main hierarchical levels that exist in an organization.

What is Team Building and why does it forge more productive teams?

What is the hierarchical structure of a company? 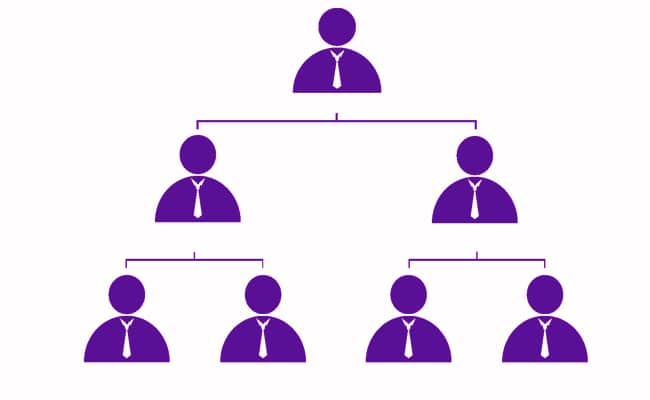 When we speak of the hierarchical structure of a company, we mean the way in which an organization is organized and coordinated. This structure will vary depending on the activity carried out, the number of employees, the market in which it moves, the target audience,… Etc.

Typically, a company’s hierarchy follows a pyramidal structure,in which the organization’s chain of command is defined, from the top to the lowest.

The hierarchical structure of the company will serve as a guide for each of the members who conform the staff,improving communication between the different areas and allowing to establish appropriately the levels of responsibility.

Hierarchy of a company: positions that must be perfectly defined

In a company we find different hierarchical positions that must be perfectly defined:

Following the pyramidal structure model, the figure of the executive director or CEO of the company must be at the top of the pyramid,since it is the one who will have the greatest authority over the company, fulfilling the function of managing it correctly to achieve the objectives set.

The highest position in the hierarchy of a company is reserved for the person with the highest leadership.

Secondly, the chairman should appear, who is the second person of the highest authority in the company,and will be responsible for maintaining the general management, in addition to establishing the general objectives and strategies of the company, acting as a representative. It is important not to confuse the figure of the president with that of the CEO or executive director.

Next to the president or a step below is the vice president,who can be more than one, and whose main function is to give support and advice to the president,even going so far as to assume his duties if necessary.

The third position in the hierarchy of a company should be occupied by department directors,who are responsible for coordinating the different areas of an organization, directing and elaborating the action strategies that the company must follow, acting as maximum responsible for each management area.

Tips for doing a feasibility study and checking if a business idea is feasible.

Managers appear in fourth place in the hierarchy of a company,being the most important intermediate positions within a company or organization.

The function of a manager is to direct and coordinate the workers of a specific section,following the guidelines set by the superiors, in this case the Director of the corresponding Department. They have the power to make decisions at a technical and organizational level.

The position of supervisor falls within the operational level of the company,since it is dedicated to managing the activity carried out by the workers,checking and supervising that the tasks are being fulfilled.

Supervisors contribute greatly to the company’s activity being carried out correctly,attending to the needs of employees.

In last place of the hierarchical structure, although no less important, appear the employees, whose function is fundamental for the good results of the company,as well as to achieve the objectives set.

Employees form the main bosom of the company, being responsible for carrying out the tasks designated by the senior positions. It is the most common hierarchical position.

The hierarchical structure of a company serves to identify the position and role played by each person within an organization, being key to improve coordination and communication within the company itself, as well as so that each employee is clear about their specific role.

With the good hierarchy of a company the responsibilities are much clearer, while the decision-making process is much simpler and more effective.