The novelties of the new Telework Law, which toughens penalties up to 20%

Aycelaborytax » Blog » The novelties of the new Telework Law, which toughens penalties up to 20% 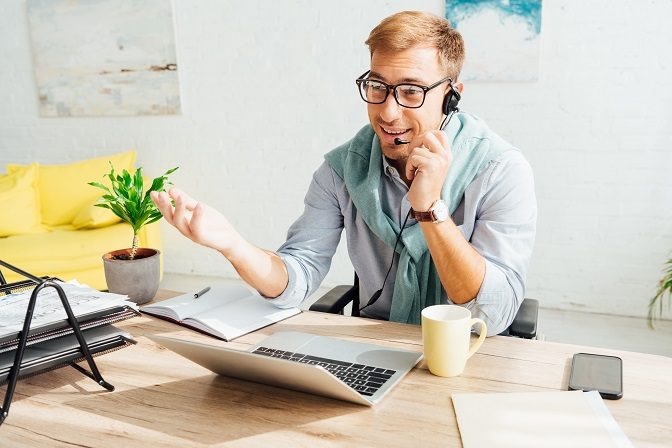 With seven months of delay, Finally the Congress approved on May 25, 2021 the new Telework Law,after the approval of Royal Decree-Law 28/2020 last October 2020.

And in AYCE Laborytax we are going to review the main novelties brought by the new Royal Decree of telework,which defines the concept of telework, clears the doubts about whether it will be voluntary or mandatory, establishes how the agreement should be formalized, etc.

But without a doubt, the most remarkable thing is that the new remote work law hardens by up to 20% the penalties for infractions in labor matters,imposed by the Labor and Social Security Inspectorate, with the aim of putting an end to the legal problems of teleworking.

What is considered telework?

One of the key points of the Telework Act was to define telework and make clear what situations will be considered as remote work.

The first thing to keep in mind is that a worker who works remotely in a timely manner will not be subject to this newlaw, this being one of the main doubts that have been given in recent months.

Telework shall be considered when a worker works remotely for at least 30% of his working day,taking as a reference the last three months.

This means that companies will be able to offer a day of telework without having to meet the obligations established,since on a five-day day day, to reach 30% of the day you will have to work remotely more than one day.

Solve your doubts about teleworking with AYCE LABORYTAX

Telework will be voluntary for businesses and workers. Under no circumstances may an undertaking impose remote work on its workers, and in the same way can not impose remote labour on its workers either. On the other hand, a company may also not fire a worker who refuses to telework.

To implement telework it will be essential that both the company and the worker agree,signing a written agreement. The same conditions and rights should be maintained in such an agreement as if it were being worked on in person.

In addition, the Telework Act limits telework for workers under the age of 18 and/or with contracting internships or training.

Tips for formalizing the telework agreement

As established by law, the telework agreement must contain the following points:

Once the agreement is signed, the company must provide a copy to the workers’ representatives and forward them to the employment office.

Telework and family: keys to reconciling work and personal life.

Who will pay for the costs of telework?

The costs of telework will be borne by the company,which must also provide and maintain all the means, equipment and tools necessary to work remotely.

The collective agreement shall lay down the mechanisms for determining, assuming and compensating forexpenditure, and under no circumstances shall such expenditure be borne by the workers.

When does the new Telework Act come into force?

The new Telework Act will enter into force on October 13, 2020,when 20 days have been completed since its publication in the BOE.

However, its implementation will not be immediate, as the law sets deadlines for companies to reach collective agreements and define different parameters.

Since its entry into force, companies will have a maximum period of three months to formalize telework agreements. Except for those companies that already had an agreement on remote work, which will have a longer period.

Do we have to record the working day of the teleworkers?

The registration of the working day of teleworkers will be mandatoryfor companies, and for this purpose may take the measures it deems appropriate to control the start and end of the teleworking day. Otherwise, the company may face penalties of between 626 and 6,250 euros.

The registration of working hours in the telework is also mandatory.

However, the measures taken by the company must comply with the right to privacy and data protection of workers, and under no circumstances may the company impose the installation of a program or installation on devices owned by the workers.

The law of telework states that the teleworker may make the established hours of service delivery more flexible, always respecting the mandatory availability times and the regulations on working time and rest.

The hours of teleworkers will be agreed by agreement,respecting the corresponding limitations, such as the strips for the meal or the rest time between one working day and the next.

In addition, the company must ensure the limitation of means of working communication in the rest periods established for the worker.

Telework law will not apply in case of Covid-19

In conclusion, it should be noted that in the case of Covid-19 the Telework Law will notapply, since in this situation it is understood that the implementation of telework is exceptional and timely, to try to comply with the Government’s measures to prevent the spread of the virus.

The new telework law increases penalties by up to 20%

With the entry into force of the new legal framework for teleworking, the sanctions in labor matters carried out by the Labor Inspectorate increase up to 20%,reaching sanctions that reach almost one million euros.

This increase in sanctions has been driven by the formations of the Government, the PSOE and Podemos,which justify this hardening with the aim of guaranteeing its effectiveness. The amounts included in this law were included in a consolidated text of the year 2000, and had only been revised once, in 2007.

Sanctions in the field of labour relations and employment, in matters of Social Security, migratory movements and work of foreigners, temporary work agencies and usurious companies:

Sanctions in the field of occupational risk prevention:

On the other hand, the new law on remote work establishes a reduction of 50% in the penalties in matters of Social Security,when they derive from acts of infraction and liquidation that refer to the same facts and are practiced simultaneously. The reduction will be automatic if the infringer expresses his agreement with the settlement practiced, entering the amount within the corresponding period.

However, the automatic reduction will only apply if the settlement exceeds the amount of the sanction initially proposed.