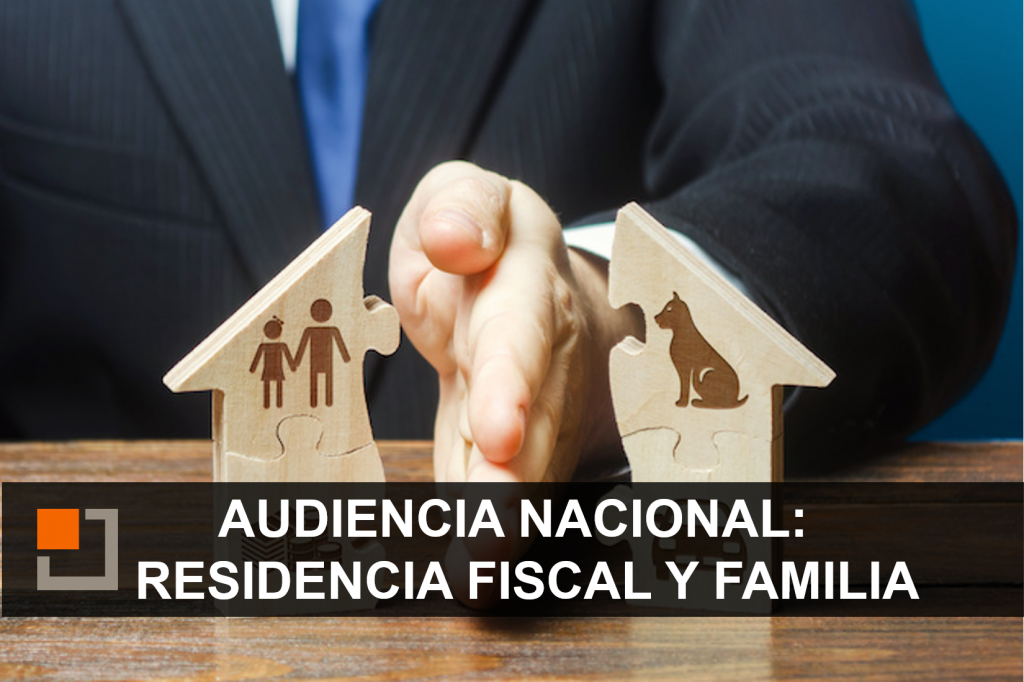 What happens if your spouse and minor children reside in Spain, but you have accredited your transfer, as well as your stay abroad? If we go to the judgment of March 4, 2021 of the Contentious-Administrative Chamber of the National Court, it dismisses the appeal filed by a taxpayer on his consideration as a tax resident in Spain,despite having accredited his transfer and permanence abroad.

Judgment of March 4, 2021 of the National Court

This decision is due to the fact that the National High Court dictates that during the year 2011 the appellant did not reside in Spain. Decision that shares with the Judgment of the Contentious-Administrative Chamber of the Superior Court of Justice of Madrid, of January 10, 2018.

The context indicates that the complainant was transferred to the United Kingdom at the beginning of June,which means that remained outside Spain for more than 183 days,and therefore did not meet the first of the requirements required by article 9.1 of the Personal Income Tax Law to be considered resident in Spanish territory.

However, the Administration sought to attribute to the plaintiff the status of resident in Spain, arguing that in 2011, his spouse and minor children resided in Spain on a regular basis, which depended on him.

Nevertheless, the documents provided throughout the proceedings were conclusive for the Chamber to understand that it was clear that the delay in the subsequent transfer to the United Kingdom of the wife and minor children was justified,both for student reasons and by the search and installation of a new domicile, as well as that they were moving to reside in that country.

In addition, due to another displacement, the taxpayer obtained the certificate of tax residence in the United Kingdom,issued by the Tax Authorities of that country, with effect from 1 June 2011, and provided his income tax return in the United Kingdom,corresponding to the period from April 6, 2011 to April 5, 2012.

Therefore, the Chamber indicates that this evidences his tax residence in the United Kingdom during 2011,ensuring that it does not have jurisdiction to judge whether the declaration complies with British tax legislation, since that corresponds exclusively to the administrative and / or jurisdictional bodies of that State.

In fact, in a Judgment of July 27, 2016, the Chamber reinforced the importance ofthe tax residence certificate, which unequivocally and directly links the certificate to residence. Thus, with the proof of tax residence provided, it should have been sufficient to prove that the taxpayer was not a tax resident in Spain during the 2011 financial year, since he acquired tax residence in the United Kingdom.

This lawsuit also insisted on the link of the Tax Administration to the principle of uniqueness in administrative action,which was repeatedly recognized by the jurisprudence of the Supreme Court. This implies that when the essential parameters to be considered for the tax classification are the same, regardless of whether or not there is a regulatory connection, it will be necessary to defend a single tax valuation,prohibiting the Action of the Administration in a contradictory way depending on the type of tax in question.

Finally, the Chamber concludes that, given that in 2011 the appellant resided in Spain for less than 183 days, that the core of the economic interests did not lie in Spanish territory, and that he did not have his habitual residence in that country, he was not obliged to pay taxes in Spain for personal income tax.

In conclusion, according to the judgment analyzed, it is confirmed that the taxpayer’s tax residence must be assessed, taking into account that the presumption contained in section B of Article 9 of the Tax Law, attends to the possible justification that a subsequent transfer of the family could have, which means that its consequences are very relevant.

Tax doubts? Contact AYCE Laborytax and you will get the solution for your company