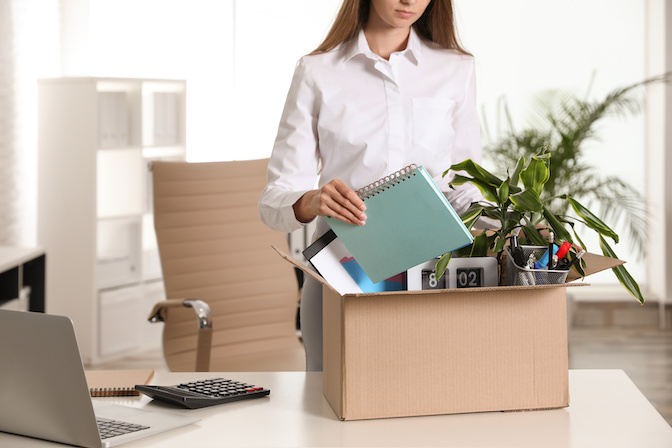 The Government wants to limit the use of temporary and temporary contracts, and that the indefinite contract is the norm in our country, and for this, it has proposed that the dismissal of workers with temporary contracts is null and void and not inappropriate,when such contracts are not duly justified, have not been formalized in writing or have not been registered in the Social Security, regardless of the cause that the company claims to terminate the employment relationship.

In this way, the Government intends that temporary workers hired irregularly become permanent,as well as those employees who have exceeded 24 months replacing another.

Reduce the number of temporary contracts in Spain, the Government’s objective

The objective of the draft with which the Executive and the social agents are seeking to agree on the labor reform, is none other than to reduce the number of temporary contracts in Spain,which with 26% has the highest rate in europe. And for this it aims to limit the use of eventual and irregular contracts.

This draft proposes to add a new paragraph in Article 55 of the Workers’ Statute,in the part relating to null dismissal, for those workers who have signed an unjustified fixed-term contract.

With this new section, the dismissal of workers with unjustified temporary contracts would be nulland void, and would imply the immediate reinstatement of the worker, plus the payment of the wages that he would no longer receive.

I need labor advice for my company

The temporary contract, only for reasons of a productive and organizational nature

In order to reduce the number of temporary contracts, the Government intends that the employment contract may only be temporary for reasons of a productive and organisational nature.

In this way, a worker can only be hired on an occasional basis when the company cannot cope with the occasional and unpredictable increase in activity with its current workforce, as well as when it has to replace an employee on leave. In this second case, the company must clearly specify who it replaces and why.

As the Government points out, the performance of work of a seasonal nature or linked to campaigns cannot be understood as a productive cause,and those workers who are hired for this purpose must have fixed – discontinuous contracts for this purpose. This directly affects sectors such as agriculture or tourism, whose workloads throughout the year are very disparate.

Nor may the temporary contract be used for work linked to normal and permanent activity in the company,nor for those jobs or tasks within the framework of contracts, subcontractors or administrative concessions.

In short, with the aim of increasing the stability of employment, a temporary check can only be made when there is a cause that justifies it.

On the other hand, the temporary contract may not exceed 6 months in duration,although exceptionally, if it is specified by a collective agreement of sectoral scope, the duration of the contract could be extended up to a maximum of 12 months.

In those temporary contracts with a duration less than the legal maximum, this it may be extended only once if both parties agree,but the total duration of the contract may in no case exceed the maximum established duration of six months or one year, if the agreement of the sector allows it.

And, in the event that the temporary contract is due to organizational reasons, the duration of the contract may be extended until the reinstatement of the replaced employee. But, if more than 24 months pass without the replaced person having returned to work, the worker will acquire the status of permanent worker.

Likewise, with the exception of public employment, the Government intends that the organizational reasons do not allow the coverage of vacancies in any case, producing the termination of the contract only by the reinstatement of the replaced worker.

Subcontracting, ultraactivity and prevalence of agreements

In addition, it is proposed that the collective agreement applicable to contractors and/or subcontractors be that of the sector of the activity carried out in the contract or subcontract. In case of having its own agreement, it may be applied, provided that it guarantees the same rights as the sectoral agreement of reference.

Finally, with regard to the collective bargaining, the Government provides that when regulating the conditions established in a company agreement, this regulation will have priority to apply with respect to the state, regional or lower sectoral agreement, except in the remuneration, the duration of the compensatory rest time for overtime and the duration of the day.

If you have questions about the contracts of your workers, contact us