How a Spanish company must be taxed on the distribution of dividends made by a foreign company with tax residence outside Spain of which a percentage of shares is held, taking into account that the country has an agreement to avoid double taxation with Spain.

The participation in a foreign company with tax residence outside Spain, which in 2016 intends to distribute dividends, taking into account that the country of tax residence of the company has signed an agreement to avoid double taxation with Spain, it is considered whether the dividends obtained by the taxpayer company with tax residence in Spain must be taxed in our country or on the contrary according to the agreements signed between both countries this distribution of dividends would be exempt.

To analyze the requirement of taxation in these cases we must be in accordance with the provisions of Law 27/2014, of November 27, on Corporation Tax (LIS), which in its chapter IV regulates the exemption to eliminate double taxation, in its article 21 defines the exemption to avoid double taxation on dividends and income derived from the transfer of securities representing the own funds of entities resident and non-resident in territory Spanish, so that it establishes a series of requirements that entities must meet.

Requirements that must be given for the exemption.

1.- The first requirement requires that the percentage of participation, whether direct or indirect, in the capital or in the entity’s own funds is at least 5 percent or that the acquisition value of the participation is greater than 20 million euros.

Article 21.2.1º of the LIS in this regard considers that those derived from the securities representing the capital or own funds of entities, regardless of their accounting consideration, will be considered dividends or shares in profits.

The corresponding participation must be held uninterruptedly during the year prior to the day on which the benefit that is distributed is due or, failing that, it must be maintained later for the time necessary to complete said period.

For the calculation of the term, the period in which the participation has been held uninterruptedly by other entities that meet the circumstances to be considered belonging to a Group of Companies will also be taken into account, as established in article 42 of the Commercial Code regardless of residence and the obligation to formulate consolidated annual accounts; this is that there is a group when a company holds or may hold, directly or indirectly, control of another or others. A group of companies is presumed to exist when a company classified as dominant:

2.- That the investee entity has been subject and not exempt from a foreign tax of an identical or analogous nature to this Tax at a nominal rate of at least 10 percent in the year in which the profits that are distributed or in which it participates have been obtained, regardless of the application of some type of exemption, bonus, reduction or deduction on those.

On this requirement, it is understood to be fulfilled when there is a Convention for the Avoidance of International Double Taxation, which is applicable to it and which contains an information exchange clause.

3.- The positive income obtained in the transfer of the participation in an entity will be exempt, when the requirements established in section 1 of this article are met. The same regime will apply to the income obtained in the event of liquidation of the entity, separation of the partner, merger, total or partial division, capital reduction, non-monetary contribution or global transfer of assets and liabilities.

The company that has been subject to a foreign tax of at least 10 percent, must comply with this requirement at the time of the transfer of the shares, must also have been taxed by this foreign tax during all the years in which the shares have been held.

In case you have not been subject to foreign tax in all years, article 21.3 of the LIS establishes that the following rules should be complied with:

“a) With respect to that part of the income that corresponds to a net increase in undivetributed profits generated by the investee entity during the time of holding the participation, that part that corresponds to the profits generated in those years in which the requirement established in point b) of paragraph 1 is met shall be considered exempt.

On that part of the income that is not entitled to withholding, it will be integrated into the taxable base, in accordance with article 31 of the LIS, being entitled to the deduction of the full quota the lesser of the following two amounts: 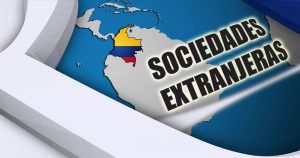 In order for the exemption in corporation tax to be applied, the entity that obtains the dividends must have a partition percentage greater than 5% and less than 20 million, and that this investee company is not resident in Spanish territory and must have been subject and not exempt by a foreign tax analogous to our tax, that has a nominal rate of at least 10 per cent in the year in which the profits that are distributed or in which it participates have been obtained, regardless of the application of some type of exemption, bonus, reduction or deduction on those.

Likewise, this country must have signed an agreement to avoid international double taxation, which is applicable to it and which contains an information exchange clause.

Finally, the period of one year of holding the participation must be met, measured before the enforceability of the dividend, or failing that, completing this period later.