In the BOE on April 22, Royal Decree-Law 15/2020of April 21 of tax measures was published complementary needs to support the economy and employment, which, among others, incorporates a number of tax measures, such as the reduction of VAT applicable to the supply of certain health materials and electronic books, magazines and newspapers; the waiver of the objective estimation regime (“modules”) of the IRPF and special VAT and IGIC regimes, or the option to change from percentage on quota to percentage based on split payments of corporation tax. 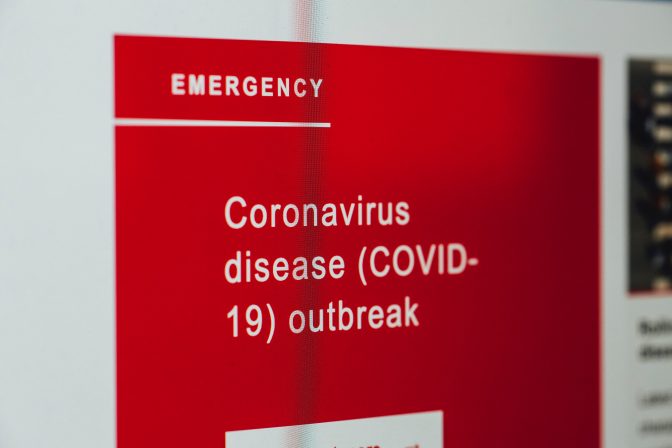 The measures adopted in DRL 15/2020 entered into force on 23 April. This standard incorporates more than 30 measures that strengthen the financing of companies, provide support in the tax field, facilitate the adjustment of the economy, and protect employment and citizens.

Below, we inform you of the main tax measures that incorporate this Royal Decree-Law 15/2020:

A rate of 0% is established for intra-Community deliveries, imports and acquisitions of sanitary material,which shall be documented in invoice as if they were exempt transactions, with the following characteristics:

The tax rate for deliveries of books, magazines and electronic newspapers is reduced from 21 to 4%. that, as with paper ones, they do not fundamentally contain advertising, while increasing the percentage of the revenue that the publisher has to provide to apply the general rate from 75 to 90%. Thus, with effect from 23 April 2020,the reduced rate of 4% shall apply to:

Books, newspapers and magazines, even where they are considered services provided electronically, which do not contain only or fundamentally advertising and do not consist entirely or predominantly of video content or audible music, as well as supplementary elements that are delivered in conjunction with those for a single price.

Work performances which immediately result in the obtaining of a book, newspaper or magazine in spread or continuous, of a photolith of such goods or consisting of the binding thereof shall be understood.

For this purpose, magnetophonic tapes, discs, video cassettes and other similar sound or video media that constitute a functional unit with the book, newspaper or magazine, perfecting or completing its contents and sold with them, with the following exceptions, shall be considered as complementary elements:

Books, newspapers and magazines will be understood to contain mainly advertising when more than 90% (was 75%) of the income they provide to their publisher is obtained for this concept.

Sheet music, maps and drawing notebooks, with the case of electronic articles and devices, shall be considered to be covered by this issue.

2. Option to change percentage on quota to percentage based on split payments of corporation tax

In order to adapt the calculation applicable to the settlements of the Tax on Economic Reality, it is allowed, for tax periods initiated from 1 January 2020 and with exclusive effect for that period, that taxpayers whose volume of transactions has not exceeded the amount of EUR 600 000 exercise the option to make split payments, on the part of the taxable amount for the period of the first 3, 9 or 11 months, by submitting within the period extended by Royal Decree-Law 14/2020 of the split payment determined by application of that taxable form. For taxpayers who have not been able to exercise the option in accordance with the foregoing and whose net amount of turnover does not exceed EUR 6,000,000, the option is expected to be possible within the period of the split payment to be submitted within the first 20 days of October 2020, also determined by application of that taxable form.

This measure shall not apply to tax groups applying the special tax consolidation regime regulated in Chapter VI of Title VII of Law 27/2014 on corporation tax.

The taxpayer exercising the option in accordance with the above shall be bound by this method of payment split exclusively in respect of payments for the same tax period. 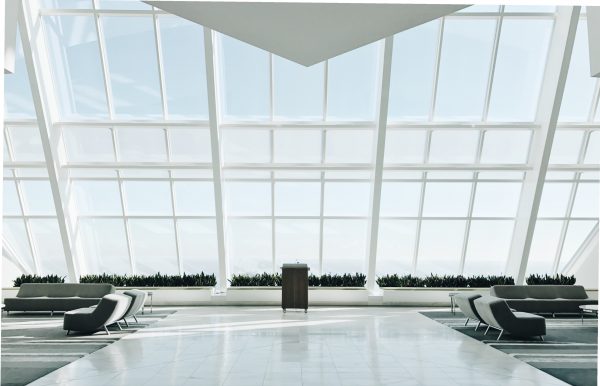 3. Waiver of the objective estimation regime (“modules”) of the IRPF and special regimes of VAT and the General Canon Indirect Tax (IGIC).

It is essential to temporarily adapt the amounts of split payments and income on account of the different taxes that are determined according to signs, indices or modules, when seeing their activity altered by the health emergency we suffer.

Thus, they are adapted, in proportion to the time period affected by the declaration of the state of alarm in economic activities, the calculation of split payments in the IRPF’s objective estimation methodand the on-account entry of the simplified VAT regime, which, being calculated on signs, indices or modules, previously determined as normal, would entail amounts not adjusted to the reality of their current income.

Also, to make the SME and self-employed regime more flexible, the mandatory linkage that for three years is legally established for resignation irPF’s objective estimation method, the simplified regime and the special scheme for agriculture, livestock and VAT fishing, so that taxpayers can reapply that method in 2021, provided that they meet the regulatory requirements for its implementation. In this way, by being able to determine the amount of their net income in accordance with the direct estimation method, they may more accurately reflect the reduction in income produced in their economic activity as a result of COVID-19, without affecting the method of income determination applicable in the following financial years.

The waiver will also have the same effects with respect to the CanonIcal General Tax (IGIC).

In short, in the first quarter they will not count 18 days or, what is the same, the fractional payment of the IRPF and the on-account income will be 80.22% of what would have corresponded without approving this measure.

4. No start of the executive period for certain tax debts in the case of financing

In the field of the powers of the State Tax Administration,, declarations and self-liquidations submitted by a taxpayer within the period provided for in Article 62.1 of Law 58/2003 of 17 December, General Tax, without making the income corresponding to the tax debts resulting thereof, shall prevent the comction of the executive period provided that certain requirements are met.

In particular, if there is a self-assessment, the period of which ends between 20 April and 30 May, without making the deposit, the executive period – which would entail the requirement of the apremium surcharge – will not begin if the following requirements are met (non-compliance with any of them would mean the start of the executive period the day following the end of the voluntary declaration period):

1. To facilitate job maintenance and alleviate the economic effects of COVID-19, the Ministry of Economic Affairs and Digital Transformation will provide guarantees to financing granted by credit institutions, financial credit institutions, electronic money institutions and business and self-employed payment institutions to meet their needs arising, inter alia, from invoice management, the need for a movement , maturities of financial or tax obligations or other liquidity needs.

2. The Ministry of Economic Affairs and Digital Transformation may grant guarantees of a maximum amount of EUR 100 billion. The applicable conditions and requirements to be met, including the maximum period for the application of the guarantee, shall be established by Council of Ministers Agreement, without the need for further regulatory development for its implementation.

3. The guarantees covered by this standard and the conditions developed in the Council of Ministers Agreement shall comply with European Union state aid rules.

5. Deferral of debts in the port area

Upon request, the Port Authorities may grant the deferral of the corresponding tax debt from the settlements of port fees accrued from the date of entry into force of Royal Decree-Law 7/2020 of 12 March, taking urgent measures to respond to the economic impact of COVID-19 (i.e. from 13 March) and until June 30, 2020,inclusive.

The conditions for deferral shall be as follows: 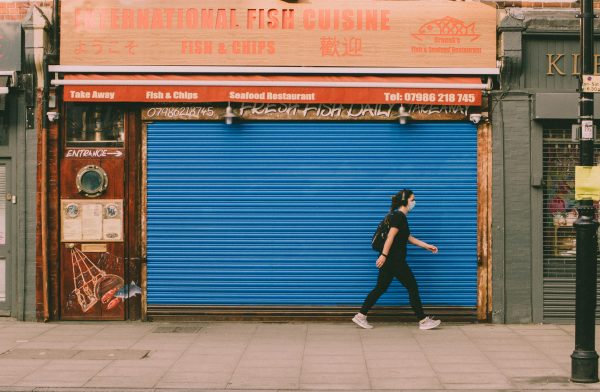 The possibility, established in DR-Law 11/2020, to expand the possibilities of collecting benefits from different social security systems is developed by extending the contingencies for which the bound duties can be made in them. For example, it regulates how to establish the circumstances by which plans may be available, the time limit to which those circumstances are linked and the maximum amount available.

Participants in the pension scheme of the employment system of the defined or mixed mode of benefit may also provide, for those contingencies defined under or linked to the defined benefit, of the consolidated rights if they are affected by aRTE, the suspension of openness to the public of establishments or the cessation of activity , arising from the situation of health crisis caused by COVID-19, where permitted by the pension commitment and provided for by the plan specifications approved by its control committee under the conditions established by them.

2. The concurrence of the circumstances referred to in paragraph 1 of the twentieth additional provision of Royal Decree-Law 11/2020 shall be established by the pension plan participant applying for the provision by submitting the following documents to the pension fund managing entity:

3. The amount of bound duties available shall be that justified by the shareholder to the pension fund management entity, with the maximum limit of the lesser of the following two amounts for the set of pension schemes of which it holds:

1st. Depending on the case in paragraph 1 of the twentieth additional provision of Royal Decree-Law 11/2020 of 31 March:

In the case of paragraphs b) and (c), the applicant shall also provide a responsible declaration quantificing the monthly amount of income reduction.

2nd. The result of apportioning the annual Public Multi-Effects Income Indicator (IPREM) for 12 payouts in force for the 2020 financial year multiplied by three in the proportion corresponding to the period of duration of the ERTE, the period of suspension of the opening to the public of the establishment or the period of cessation of activity, according to, respectively, corresponds to each of the cases referred to in the paragraphs (a), b) and (c) paragraph 1 of the twentieth additional provision of Royal Decree-Law 11/2020 of 31 March. In any case, in all three cases the maximum time period to be computed is the validity of the alarm state plus an additional month.

6. The provisions of this provision shall also apply to insured persons of insured pension plans, business social security plans and social security mutual funds referred to in Article 51 of Law 35/2006 of 28 November on the Income Tax of Natural Persons. In these cases, references made in the previous paragraphs to managing entities, shareholders and pension plan specifications shall be construed as referring to insurers, insured or mutual insurers, and insurance policies or benefit regulations, respectively. In the case of social security mutual funds acting as an alternative system to discharge into the Special System of Social Security of Self-Employed or Self-Employed Workers, the economic rights of the products or insurance used to fulfil that alternative function may not be enforced.

8. The amounts and documentation referred to in the previous paragraphs may be amended by Royal Decree, in accordance with paragraph 3 of the twentieth additional provision of Royal Decree-Law 11/2020 of 31 March.

In summary, within the scope of the State Tax Administration, the CCAAs and the Local Entities, this means the following:

8. Cancellation of bids and return of deposits and auction prices entered at auctions 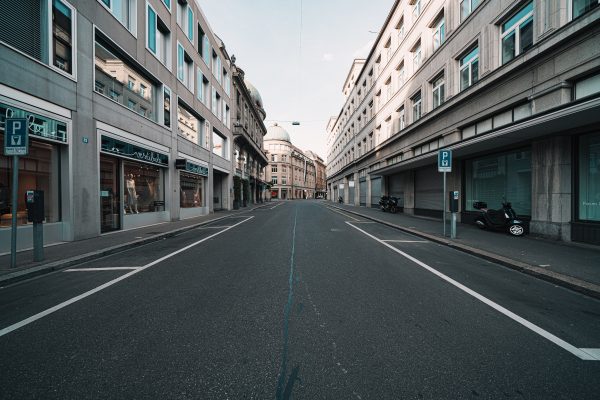 If you have any questions or need any clarification on these new tax measures approved in RDL 15/2020, you can contact

any of our advisors so we can help you.