Requirements for the implementation of surveillance cameras in the company

According to the Article 20 of the Workers’ Statute (ET) within the power and control of the activity that exercises a management position, an employer may adopt such surveillance and control measures as it deems appropriate,in order to verify that the worker complies with his labour obligations and duties; as long as it keeps the due consideration of human dignity (art. 4 ET).

Regarding the implementation of surveillance cameras in the company, there is no specific legislation regulating the installation and use of these equipment to control the work activity of the work centers. It is the courts that, when dealing with each specific case, must determine the legitimacy of its use or not.

Is it allowed to install surveillance cameras in companies?

First of all, we should define that this is an act of an administrative nature under the Ministry of Employment and Social Security of the Government of Spain.

It is clear from the existing case-law that the placement of these devices – for objective reasons derived from the activity of the company – is possible,in accordance with our legal system and taking into account the power of management granted to the employer.

Therefore, the installation of surveillance cameras to control the work and activity of employeesis allowed, without being considered an infringement of fundamental rights, personal privacy and self-image.

The Constitutional Court has established as a reiterated doctrine that the right to privacy is not absolute – as is none of the fundamental rights, being able to yield to constitutionally relevant interests,for example, when the control and surveillance by video camera is revealed as necessary to achieve the legitimate purpose of verifying the fulfillment of the obligations of a worker. Facilitating to achieve it, to be respectful of the essential content of the right; that is, with the dignity of the worker.

In any case, it is necessary to take into account – for the purpose of considering whether the means of control and surveillance respect the right to privacy of workers; the place where the company installs the surveillance cameras,in addition to other elements such as: whether or not the installation is done indiscriminately, if the cameras are visible or have been installed without anyone’s knowledge, or if there are really objective purposes such as security in the company for the installation of these systems.

Some general guidelines to take into account when installing surveillance cameras in a company (and from some examples extracted in different sentences) are: 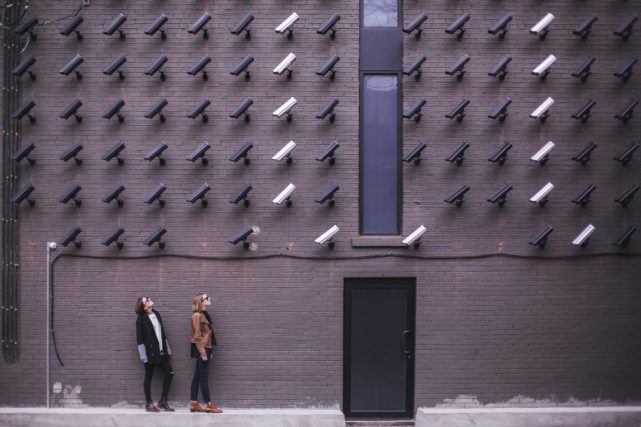 Things to keep in mind that for the installation of surveillance cameras is legitimate and respects the fundamental right of workers to their dignity / privacy.

Use of surveillance camera recordings (for evidentiary purposes)

With regard to labor procedure, article 90 of the Law Regulating Social Jurisdiction specifically recognizes the validity of evidence through these means, establishing that the parties may avail themselves of all means of proof that are regulated by law, admitting as such the mechanical means of reproduction of the word, of the image and sound, unless they have been obtained directly or indirectly through procedures that involve a violation of fundamental rights or public freedoms.

For the implementation of surveillance cameras in a company, it is necessary to always take into account the purpose of their installation.

And also, correctly communicate to employees this facility, so that there is no confusion about it and that they do not feel vulnerable in their workplace.