Law 11/2021, on measures to prevent and combat tax fraud, enters into force 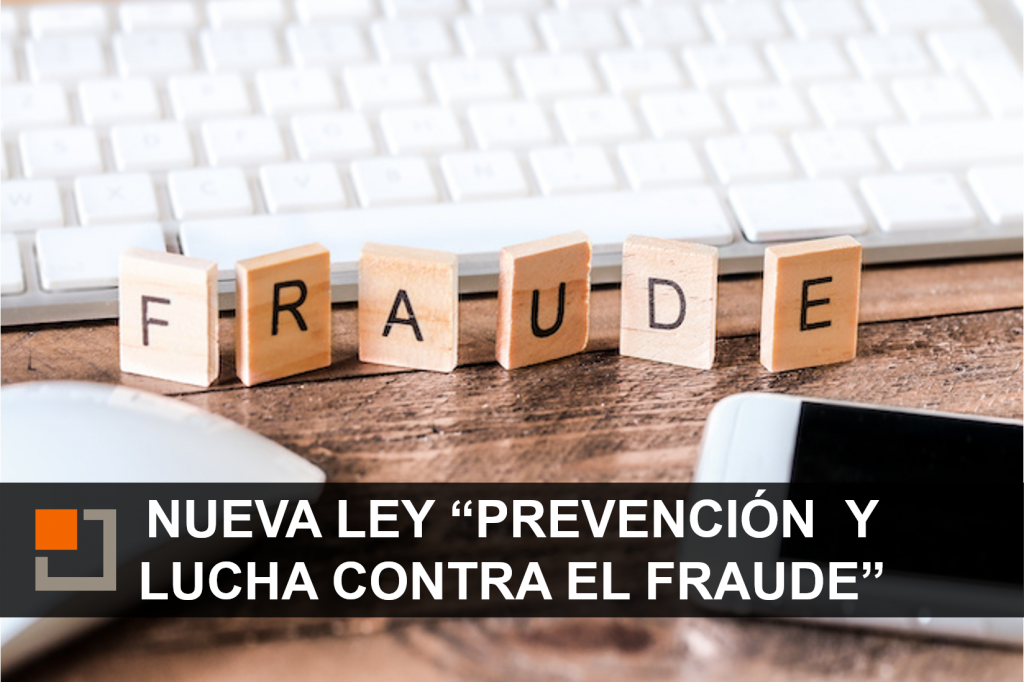 The BOE of July 10, 2021 published Law 11/2021, of July 9, on measures to prevent and fight against tax fraud, transposition of Directive (EU) 2016/1164, of the Council, of July 12, 2016, which establishes rules against tax avoidance practices that directly affect the functioning of the internal market, modification of various tax regulations and regulation of gambling (2021/24541).

The new Law on Measures to Prevent and Combat Tax Fraud allows the adaptation of tools to combat new forms of fraudulent behavior associated with new technologies,following the same line as other countries in the environment.

Likewise, it reinforces the instruments to prosecute the avoidance carried out by large multinationals through abusive tax planning.

Until now, Spain already regulated this figure both in the regulations of Corporation Tax, as in the Income Tax of Individuals, but now, in the Directive, novelties are introduced that it was necessaryto incorporate, and then we will review.

Different types of income that may be subject to imputation areincluded in this regime, which until now were not included in Spanish law, such as income derived from financial leasing operations or insurance, banking and other financial activities.

On the other hand, the provision of the Directive is introduced that when the transfer of assets has been subject to an exit tax in an EU Member State, the determined value of that Member State shall be accepted as the tax value in Spain,unless it reflects the market value.

And, apart from the Directive, it is established requirements for investment companies with variable capital (SICAV) to apply the tax rate of 1%.

A modification of the text is made, with the aim that the acquirer of an asset through a contract or succession agreement is subrogated in the value and date of acquisition that had this seeing in the deceased, provided that it is transmitted before the lapse of five years from the conclusion of the succession agreement or the death of the latter, whichever is earlier.

The taxable base of theInheritance and Gift Tax is also modified, replacing the real value with value, which will be equated to the market value.

It includes how life insurance should be valued when the policyholder does not have the power to exercise the right of redemption.

The taxable base of this tax is modified in the same way as in theInheritance and Gift Tax, replacing the real value with value. In addition, it introduces the subjection to the modality of patrimonial transmissions, of the operations of the purchases to individuals of articles of gold and jewelry, by merchants of this sector.

The references of the precept to the real value in the valuation of real estate are deleted,and replaced by the reference value for the purposes of the ITP and AJD.

A series of modifications are incorporated to avoid erroneous interpretations that could lead to situations of abuse or fraud, especially in terms of tax liability.

With regard to excise duties on manufacturing, the Act is amended to make a technical adjustment to the definition of tax warehouses.

The law establishes that, when one of the behaviors classified as smugglingis carried out, and this does not constitute a crime, it will be classified as an administrative infraction.

The Law recognizes the prohibition of the establishment of any extraordinary mechanism of fiscal regularization that implies a decrease in the amount of the tax debt,and at the same time, a violation of the principles of organization of the tax system, embodying at the legal level a clear parameter of constitutionality, recognized by the High Court.

When the real estate cadastre is not available, the alternative rule for the determination of the taxable base is established. This will also be when it is not possible to certify the reference value of a property.

The regulatory references for the consideration of group of companies are updated,and it is clarified that the rule for calculating the net amount of turnover will apply independently of the accounting consolidation obligation.

Measures for the prevention of tax fraud

The term tax havens is adapted to that of non-cooperative jurisdictions,in accordance with the new international parameters.

Appropriate mechanisms are put in place to collaborate in the prevention and fight against the manipulation of sports competitions, and to combat fraud that can occur in sports betting.

Actions in the prevention and fight against fraud (Law 7/2012)

In those operations in which any of the intervening parties acts as an entrepreneur or professional, the cash payment in the operations is limited to 1000 euros.

A special tax is established on the part of the undetributed profits that comes from income that has not been taxed at the general rate of Corporation Tax or is in the legal period of reinvestment, and the obligations to provide information are adapted to the new taxation.