Aycelaborytax » Blog » How will the aid received by COVID-19 impact the IRPF? 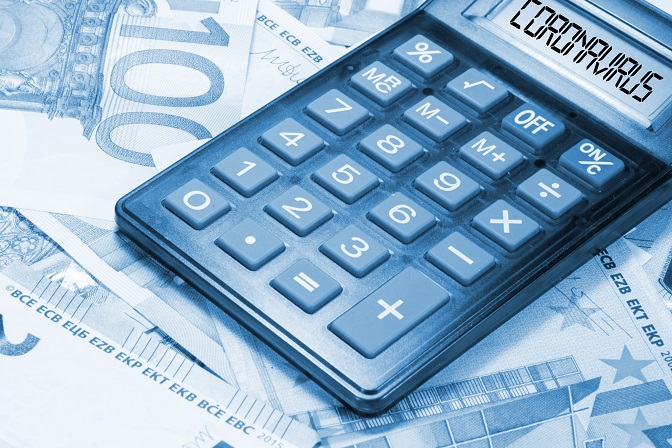 During the month of March the Government launched a series of measures and aid aimed at protecting the economy of Spanish companies from the impact of COVID-19,such as ERTE, the rescue of pension schemes or the special provision for cessation of activity of self-employed people among others.

If you have a company or are self-employed and have enjoyed any of these aids, here’s how they’re going to impact the aids received by COVID-19 on the IRPF. Notes.

Complete guide to business grants and grants against COVID-19.

Taxation of aid received by COVID-19 in THE IRPF

Public subsidies and grants received by COVID-19 are not exempt from taxation in the IRPF,and should therefore be included in the income statement. This, unless otherwise specified in the aid or subsidy, shall apply to all aid or subsidies.

As for the taxation of COVID-19 aid, there are two different options to include them in the IRPF:

The reason the aid received by COVID-19 is taxed in the IRPF is because they will be considered income derived from your professional activity.

Taxation of unemployment benefits during the ERTE

The ERTE (Temporary Employment Regulation File) has been the star aid by coronavirus in our country,which has been most welcomed by companies, affecting millions of Spanish workers.

During the ERTE, workers charge unemployment benefit while still high in Social Security, but what many were unaware of is that unemployment benefit is subject to taxation as a return on work. When making the next income statement, workers who have collected this benefit must make it taking into account that they have had two payers by 2020.

So workers affected by aRTE with incomes of more than EUR 14,000 will have to declare the benefit received.

Also, beyond the ERTE, the taxation of unemployment benefits, ERE or severancepayments will be identical, and will also be taxed in the IRPF as they have been doing before the pandemic.

Another aid provided by the Government was the possibility of rescuing pension schemes if the holder had suffered economic losses arising from COVID-19,for the amount he has ceased to receive.

It should be noted here that the money rescued from the pension plan will be taxed on income 2020 as a return on the job, regardless of wither that they have received it in one go, on a regular or combined basis. Being a coronavirus aid doesn’t change the taxation of pension plans.

This means that pension plan money should be included within work income,along with salary received throughout 2020 as well as possible unemployment benefit.

However, if the money is obtained at once in the form of capital, a 40% reduction in the benefit corresponding to the contributions made until 31 December 2006 may be applied.

Taxation of homes on property or rent

Those who own homes or commercial premises in property or rent, will be taxed for the income payable during the year,being able to deduct the expenses arising from their obtaining.

This also affects tenants who break down paying rent in the IRPF. The tenant may not pay the total amount set out in the contract, but only the rent he has paid.

If the aid received by COVID-19 is not included in the IRPF, the Treasury may sanction

If the taxpayer does not tax the aid received by COVID-19,regardless of whether he has not done so out of without assistance, the Treasury may open a sanctioning file.

The only thing that could save from the penalty for not declaring the aid is for the Government to amend the rule and specify its exemption from the IRPF.

Penalties for not taxing aid received by COVID-19 are laid down in Article 191 and may be mild, serious or very serious.

A minimum of 50% of the undeclared fee will have to be entered. It can be reduced by 30% if you are happy with the penalty and are not resorted to. In addition, if paid in installment it will be reduced by another 25%.

This shall be considered as minor where the entry occurs in a subsequent self- requisition without meeting the requirements of Article 27 of the LGT.

The penalty shall be proportional from 50% to 100%, taking into account the criteria for repeated commission of tax offences and economic damage to the Public Treasury.

The sanctions shall be proportional from 100% to 150%, and shall be graduated on the basis of the criteria for repeated commission of tax offences and economic damage to the Public Treasury.

In short, the aid received by COVID-19 shall be taxed in the IRPF unless otherwise specified, and if not, the Treasury shall be in a position to open a sanctioning file.