How do you make a successful merger of companies?

Aycelaborytax » Blog » How do you make a successful merger of companies? 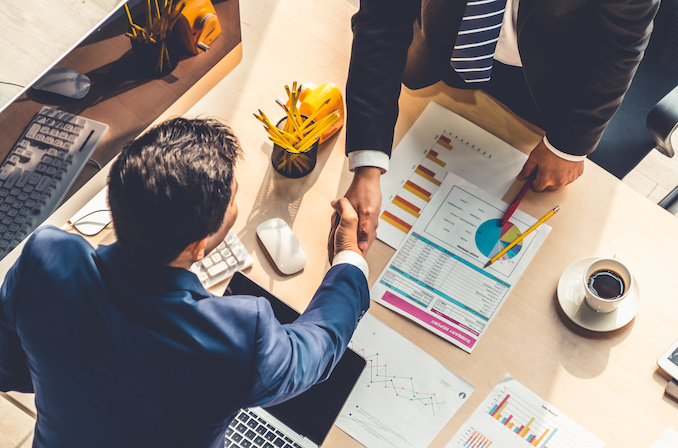 There are many reasons why two companies may decide to join forces througha merger process, no longer being rivals to go on to compete together. It’s a way to be stronger and be able to deal with competition more effectively.

What is a business merger?

A business merger consists of the union of at least two legal entities,who decide to combine their assets and form a single company, with the aim of being stronger and promoting growth at the business level. When the merger is carried out, all the properties of the undertakings will be encompassed in the same company, which will become a single administrative body.

In most cases, a merger of companies continues to perform the same business activity, buton a higher scale. But there are also many cases of merger between two companies from different sectors, with the aim of covering a larger market strip and reaching more audiences.

How do you merge companies?

Requirements for a merger of companies:

Steps to do a merger of companies

The first step is to do an economic and financial study to see if the business merger is viable and will be beneficial for merged companies. To carry out this study, it is necessary to take into account different factors, such as the value of the companies that will participate in the merger,as well as the securities that will be distributed by each company’s contributions, as well as the value that the final company will have,once the merger is made.

The next step will be to develop a joint merger project by the administrators of the merged companies. This project should include the name to be obtained by the company, as well as the registered office, the types of redemption, the new statutes, the valuation of the assets to be transmitted, the date on which the merger will take place, the consequences on employment, the effects on social responsibility and the gender impact on the administrative bodies.

Administrators should also make a report explaining the merger in detail. This report should set out in general the economic and legal characteristics of the merger, as well as other factors such as the type of exchange of shares, as well as the possible consequences of the merger on workers, partners and creditors.

In addition to the administrators’ report, it will be necessary for an independent expert appointed by the commercial registrar to give the go-ahead to the merger.

In order to carry it out, the merger must be approved at the partnerboard, otherwise it cannot be carried out. It is essential that all companies that will participate in the merger process are given their approval on the partner board.

Finally, only the formalization of the merger of companies remains. To do this, the merger agreement must be submitted to the notary and the merger entered into the Commercial Register.

If you are considering the possibility of merging with another company and want to have professional advice, at AYCE Laborytax we have a large team of experts in mergers of companies, at your disposal to help you in risk management, improve the performance of operations and increase the opportunities of your transactions. Contact us without obligation, we can and want to help you make your business merger a success.