Extension of the ERTES until 30 September: new keys and exemptions from quotas

Aycelaborytax » Blog » Extension of the ERTES until 30 September: new keys and exemptions from quotas 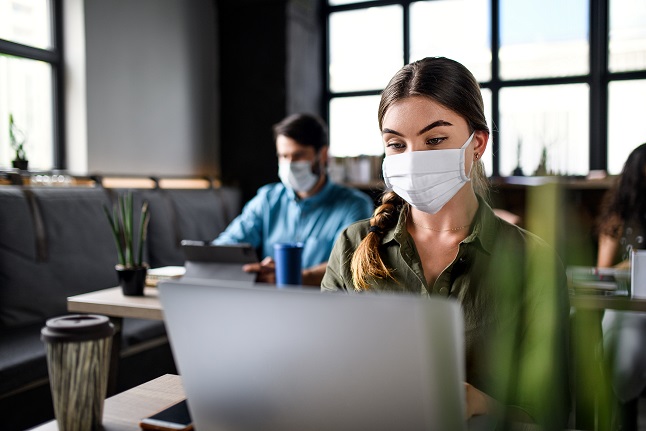 The Official Bulletin of the State (BOE) collected last Friday, May 28, the Royal Decree-Law on urgent measures for the defense of employment,economic reactivation and the protection of self-employed workers.

As a more significant point, the text takes up the extension of the ERTES until 30 September 2021 after the national government, employers’ and trade unions reached an agreement on the exemptions from contributions, the main point of disagreement between the social security approach and the position of the social partners.

In this way, and as a summary of the agreement, the extraordinary measures in terms of contributions are extended but with an update of the percentage of exemption in social security contributions.

New aid is also applied for the self-employed and for the cultural sector,among others.

Thus, these measures, which ended on 31 May, will remain in force until 30 September, by which time the possibility of further enlargement will be reassessed.

To date, nearly 600 000 Spanish workers are kept under this employment protection tool. This is the fifth extension of the TENs since the beginning of the COVID-19 pandemic.

But how are covid ERTES extended until September 30, 2021, and what exemptions are there?

In this article the team of labor advisors of AYCE Laborytax we try to answer some of these questions and explain what this extension of the temporary regulation files of force majeure employment for reasons related to the pandemic entails.

Contact us and leave doubts about the extension of the ERTEs

Extension of ERTEs until 30 September

As for the types of ERTEs,the ones known to date remain:

According to the document, the files of temporary regulation of employment based on economic, technical, organizational or production causes linked to COVID-19 will continue to apply the provisions of Royal Decree-Law 30/2020, of September 29, on social measures in defense of employment.

This means that companies that access the new exemptions are obliged to a new period of 6 months of maintenance,which would be added to the maintenance commitment previously acquired, as well as the prohibition of overtime or outsourcing activities for companies in ERTE.

On this occasion, the exemptions would be made according to the size of the companies (by limitation) and according to the National Classification of Economic Activities (CNAE),that is, according to whether the economic sectors are protected or not.

In order to encourage the activation of employment, this time greater exemptions have been included for the cases of workers who return to the activity.

For force majeure TENs in companies in sectors particularly affected by the pandemic,as well as those in their value chain or whose turnover depends on the former, differences are established according to the workers suspended and those activated.

In the case of companies with active workers,a range of 95% is established for companies with less than 50 workers and 85% for those with 50 or more in the months of June, July, August and September.

The TENs due to force majeure and organisational, economic, technical or production reasons arising from the health crisis will only apply exemptions for companies from certain activities.

In the event that companies keep workers suspended, there will be an exemption of 85% from June to August, and 70% in September if the company has fewer than 50 workers.

If you have 50 or more workers,the exemptions are reduced by 10% applicable to both tranches: 75% and 60%,respectively.

ERTE by impediment and limitation

There are also new developments with regard to those companies that request an ERTE to prevent their activity as a result of administrative restrictions.

Discontinuous permanent workers and aid for the self-employed

The new scheme also extends until September 30, 2021 the extraordinary unemployment benefit for artists, that of technicians and auxiliaries of culture and that of bullfighters.

As for the fixed-discontinuous,the rule establishes the obligation of the reincorporation of the companies during the theoretical periods of summons of the workers.

For the rest of the cases, such as if the appeal is not planned between June and September, it maintains the subsidies as before.

The text also includes the extension of the benefit for the cessation of activity of the self-employed,although with little change, beyond some temporary adjustments.

The amount of the benefit amounts to 70% of the minimum contribution base. In addition, the self-employed will be exempt from paying social security contributions, although that period will count as a contributor.

The extraordinary benefit for suspension of activity continues, aimed at self-employed with a suspension as a result of a resolution of the authorities

To access or extend the benefit for ordinary cessation of activity compatible with the activity, it is essential that the turnover of the second and third quarters of 2021 decreases by 50% with respect to the same period of 2019. In addition, its net return in this first half of the year does not exceed 7,980 euros.

For the self-employed who have been protected in the period between February and May, exemptions from Social Securitycontributions are also included: 90% in June, 75% in July, 50% in August and 25% in September.

The extension of the ERTEs until 30 September maintains employment protection

Another important measure included in the last hour of the extension of the TENs is the protection of employment for those workers in the TENs.

They will not consume rights in respect of a future unemployment benefit and will continue with their “counter to zero” until 1 January 2022.

In the same way, the extraordinary measures included in the current scheme relating to the safeguarding of employment, the prohibition of dismissal or the interruption of the calculation of temporary contracts, as well as the limits related to the distribution of dividends, the use of overtime and outsourcing, will remain in force.

Let us inform you of all the keys