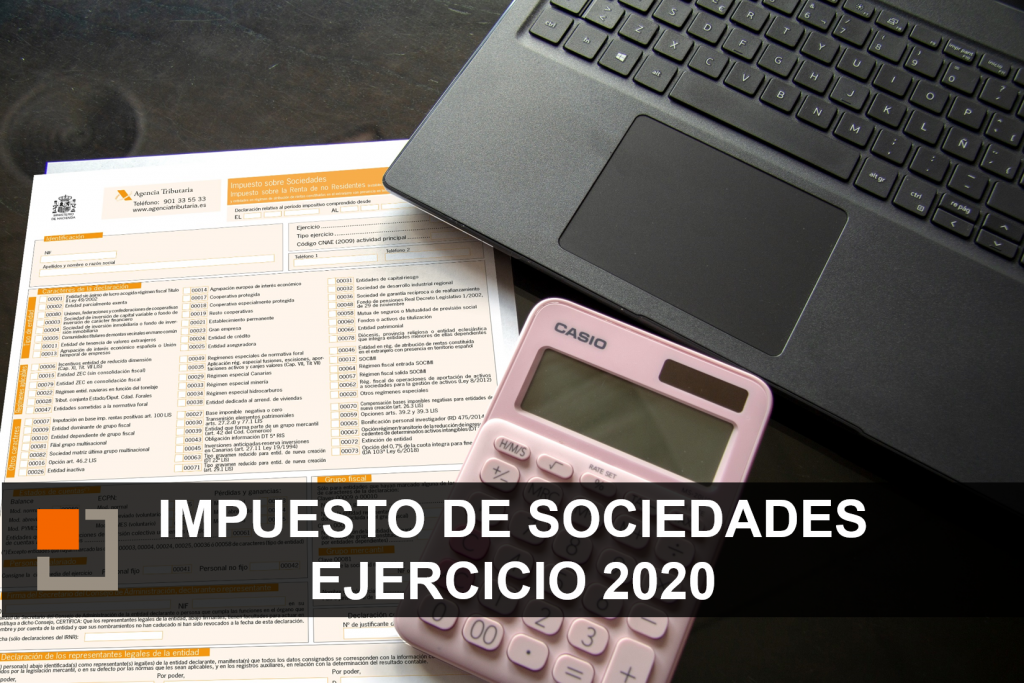 Today, July 1, the Tax Agency launches the Corporate Tax Campaign for the year 2020, this year the deadlines are again the general deadlines that were modified the previous year due to the health crisis, therefore, a single deadline for submission: twenty-five days after the passage of six months from the end of the tax period, for the years that coincide with the calendar year, the term ends the July 25.

In the BOE of June 8, 2021, and in force as of today, July 1, the HAC/560/2021 has been published, which approves the declaration models of Corporation Tax and Income Tax of Non-Residents corresponding to permanent establishments and entities under the income attribution regime constituted abroad with a presence in Spanish territory, for tax periods starting between January 1 and December 31, 2020, issues instructions regarding the declaration and income procedure and establishes the general conditions and the procedure for its electronic filing.

Below are some other new features introduced in the 200 model:

As in previous years, the forms provided for providing information in relation to certain corrections and deductions to the profit and loss account of EUR 50,000 or more are published without variation (Annex III) and the annual report of activities and projects carried out and researchers affected by Social Security bonuses (Annex IV).

A new annex, Annex V, appears for the communication of the materialization of anticipated investments and their financing system with respect to the Reserve for investments in the Canary Islands.

In 2020, Royal Decree-Law 35/2020 of 22 December is published, article 14 of which includes a modification in the deductibility of impairment losses of claims arising from possible insolvencies of debtors in small companies in the tax periods beginning in 2020 and 2021.

Taxpayers of Corporation Tax, Personal Income Tax or Non-Resident Income Tax who obtain income through a permanent establishment located in Spanish territory who meet the conditions of article 101 of Law 27/2014, of November 27, on Corporation Tax, in the tax periods that begin in 2020 and in 2021 may deduct, in these periods, the impairment losses of the credits derived from the possible insolvencies of debtors when at the time of the accrual of the tax the period that has elapsed since the expiration of the obligation referred to in letter a) of section 1 of article 13 of said law is three months, instead of six months which was the previous term.

It is generally maintained within 25 calendar days of six months after the end of the tax period (this year to be Sunday on July 25, the deadline ends on July 26),for entities whose 2020 tax period coincides with the calendar year.

However, if the tax period coincides with the calendar year, and the direct debit of the payment of the tax debt, the deadline for such direct debit ands from 1 to 20 July 2021, inclusive, although it may be done in the deposit entity acting as a contributor to the collection management (bank, savings bank or credit union) located in Spanish territory where the account in which the payment is domiciled is open in her name. In cases of direct debit, payments are understood to be made on the date of debit on the account of direct debits, with proof of income being deemed to be that issued by the deposit institution.

All this, without prejudice to the deadlines for the submission of declarations established by the Autonomous Communities of the Basque Country and Navarra.

Remember that it will be mandatory for taxpayers to file the Models 200 and 220via the Internet, regardless of the form or name adopted by the taxable person.

Impact of COVID-19 on annual accounts and corporation tax

The Order that approves the new models for the presentation in the Mercantile Registry of the annual accounts, this year includes several novelties:

Who is subject to Corporation Tax?

For this purpose, an entity shall be deemed to have its place of effective management in Spanish territory where it radiates the direction and control of all its activities.

The tax authorities may presume that an entity located in any country or territory of zero taxation or considered to be a tax haven has its residence in Spanish territory where its principal assets, directly or indirectly, consist of goods located or rights that are fulfilled or exercised in Spanish territory, or where its main activity takes place in that territory, unless that entity proves that its management and effective management takes place in that country or territory , as well as that the constitution and operation of the entity responds to valid economic reasons and substantive business reasons other than simple securities management or other assets.

Specifically, they will be taxpayers of the Tax, when they have their residence in Spanish territory: All kinds of entities, whatever their form or denomination, provided that they have their own legal personality, except civil companies that have no commercial object. These include, but are not, but are noted:

In addition, the following entities, devoid of their own legal personality:

Taxpayers will be taxed for all income they obtain, regardless of where it occurred and whatever the payer’s residence.

Who is required to file the Corporation Tax return?

All taxpayers of the company tax are required to file their return on corporation tax, whether or not they have carried out activities during the tax period and whether or not taxable income has been obtained.

Consequently, circumstances such as the entity remaining inactive or that, having activity, have not been generated as a result of the same taxable income, do not exempt the taxpayer from the obligation to file the mandatory declaration.

Specifically, non-profit entities, professional colleges, business associations, official chambers, workers’ unions and political parties, among others, will be required to declare all their income exempt and not exempt.

As the only exceptions to the general obligation to declare, the current legislation provides for the following:

What is the tax period and the accrual of the tax?

The tax period, to which the company tax return is to be referred, coincides with the financial year of each entity.

Even if the financial year has not ended, the tax period is understood to have been concluded in the following cases:

In no case, the tax period may exceed twelve months.