Recent Judgment of the Supreme Court of December 22, 2015, has condemned Orange to pay € 10,000 as compensation for what this Court considers an illegitimate interference in the right to honor for the registration of a company in the registry of defaulters. 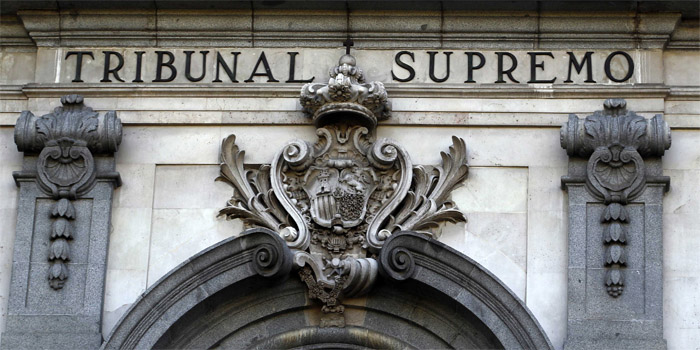 The company Orange on the basis that the company maintained an economic debt with it, being this controversial, since as explained in the procedure, the company did not consider the amount claimed to be adjusted to the law, since Orange decided in any way to register the company in the registers of defaulters, knowing in advance the serious damage that would mean for a legal person to be included in those registers, but assuming that with this way of acting, it would increase the pressure to force it to pay the amounts, and in this way avoid the judicial claim, which in most of the times, due to the limited economic amount that these debts suppose, the cost of the process is greater than the amount that is properly claimed.

As a result of the incorporation of defaulters into the registers, the company was denied an ICO financing line that it was processing with BBVA, thus causing significant economic damage.

The fact that the amount claimed by Orange was shown in the Trial that it was not in accordance with the law, and therefore the Court agreeing with the company, it was understood that the fact of having included the company in the register of defaulters, produced negative consequences of an economic nature, since it did not obtain the financing, to which it was also necessary to add the negative consequences on the company’s own reputation and good name, which in addition to affecting banks with which it normally worked, influenced the perspective that customers and suppliers had of it, which by the fact that the name of the legal person was included in the register of defaulters, the vision he had of society to date worsened severely.

With this argument, the company claimed, and the Court granted it, compensation of € 10,000 for understanding that with the inclusion of its corporate name in the register of defaulters, an illegitimate interference had been made against the right to honor, by containing data that did not conform to the truth, and for having caused a patrimonial bankruptcy for being denied ICO financing exclusively for such cause.

Are legal persons entitled to the right to honour?

Legal persons are holders of the right to honor in a situation similar to that which corresponds to individuals, however, although neither in the Constitution itself, nor in the LO of Civil Protection to honor, personal and family privacy and self-image, the mention of the protection of legal persons is expressly included, on this issue, our case-law has long been protecting legal persons from these fundamental rights enshrined in Article 18 of the EC (STC 135/1995).

It is logical, therefore, to understand that in the current type of society the ownership of the right to honor also belongs to legal persons, and that from a broad sense they can protect their good name, their fame and reputation, and that in the same way as it happens with individuals, any violation can be perfectly defended in our Courts.

When is the right to honor considered infringed by the inclusion of a company in a register of defaulters?

Just by including a company in the register of defaulters does not in itself imply an injury to the right to honor, however, if this inclusion is made arbitrarily and abusively,as a means of pressure to seek a quick and less expensive obtaining of the claimed amounts, in these cases we may be facing an illegitimate interference in the right to honor that is defined in article 7.7 of LO 1/1982 as “the imputation of facts or the manifestation of value judgments through actions or expressions that in any way injure the dignity of another person, undermining their fame or attacking their own estimation.”, all this because this accusation, that of being delinquent, damages the dignity of the person, undermines his fame and violates his own estimation.

The inclusion in a register of defaulters, is a way of acting of which a correct use is required, if there is an inclusion for debt that is shown to be undue, or in those cases in which there is a continuous payment of services, and in turn a non-payment of a specific aspect that economically does not consider transcendent, not only the possible veracity of the debt must be taken into account, but also the consideration regarding the solvency of the individual, in these cases the subject should not be arbitrarily considered for this reason as insolvent and included in a register of defaulters. On this last point, the judgment STS 1715/2013 on the non-payment of an insurance fee is pronounced, when there was in turn a continuous payment of mortgage loan installments.

In short, our doctrine understands that the inclusion in the register of defaulters of a legal person would suppose a demerit and discredit for the negative, social, commercial and commercial valuation, which causes misgivings and objections when establishing commercial relations with the affected company, and that therefore this company that has seen its rights injured may judicially claim compensation for the moral and economic damages caused.