Application of the Money Laundering Act takes precedence over the Competition Act.

Our Supreme Court pronounces itself following the doctrinal trend promoted by the European Court of Justice, which considers that there is not enough evidence to consider that there is a situation of unfair competition, in the cases of financial and credit institutions registered with the Bank of Spain and that are obliged by the regulations to use accounts and deposits of credit institutions that operate in Spain through which they must to channel their activity of carrying deposits and bank transfer operations of the former. The latter entities, based on the protection required by our European and national regulations on the prevention of money laundering, may take on their own initiative measures as rigorous as canceling the accounts and deposits of the former as a preventive measure, without this being understood as a maneuver of unfair competition. 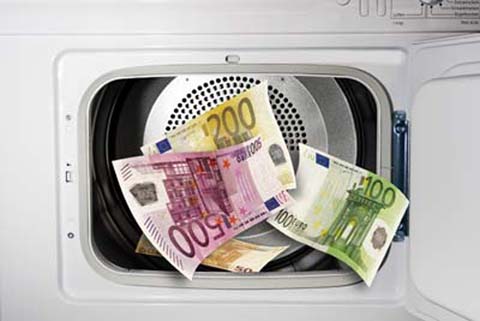 The last judgment of our Supreme Court 4293/2016, dated October 7, 2016, recalls this again contradicting the theses of the commercial court and Provincial Court of Bizkaia, in the initial claim presented by the entity Money Express Transfer, S.A. (hereinafter Money Transfer) whose main activity was the sending of money remittances abroad, against Banco Bilbao Vizcaya Argentaria, S.A. and Banco Popular Español, S.A. (hereinafter BBVA and Popular), who owned the accounts and deposits of Money Transfer, and who proceeded to cancel them on the basis of the prevention of the provisions on money laundering, to which the applicant entity, Money Transfer, alleged that what was really happening was an attack on the freedom of competition, because these entities also offered the services of sending remittances abroad within their portfolio of services.

BBVA and Popular, for their part, defended their action, that it was proportional by applying the regulations on the prevention of money laundering, having detected the existence of a series of irregularities found in the development of the Money Transfer activity, which based on the protection of financial money trafficking to prevent money laundering, acted proportionately by cancelling the products their customer kept with them.

Our Law 3/1991, of January 10, on Unfair Competition, regulates the cases in which we can understand that there is a situation of unfair competition, establishing that they are those acts that contravene the principles of good faith, regulated in its article 4, and the performance of deceptive acts in the conduct of a company that affects the economic and financial behavior (art. 5).

Likewise, the Law itself in its articles 15.2 and 16.2, define that any infringement of the legal norms that have as their object the regulation of a concurrent activity, as well as the exploitation by a company of the situation of economic dependence in which its client companies or suppliers that do not have an equivalent alternative for the exercise of their activity may find themselves, will be considered unfair.

From this point of view, it can be understood that the act of the banks BBVA and Popular to cancel the accounts, deposits and credits of Money Transfer are included within the conduct of disloyalty to the competition that aims to obstruct the proper functioning of the activity of the latter, thus ruling in the first instance the Commercial Court number 1 of Bilbao.

Proportionality in the application of the Regulations on the Prevention of Money Laundering.

The basis of the argument of the appeal is in the protection that financial institutions have an obligation to ensure compliance, and in article 7 of the Law on prevention of money laundering, allows financial institutions to apply due diligence measures based on risk and depending on the type of client applying them when “there are indications of money laundering or terrorist financing, regardless of any exception, exemption or threshold, or when there are doubts about the veracity or adequacy of the data obtained previously”; also in that article in paragraph 3, it states that “the obligated subjects will not establish business relationships or execute operations when they cannot apply the due diligence measures provided for in this Law”,which in addition this refusal to establish business relationships or execute operations does not entail any type of responsibility for the entities, “unless there is unjust enrichment, no type of responsibility for the obligated subjects.”

However, this special protection can generate doubts when we find an entity such as Money Transfer, which is registered and therefore monitored by the Bank of Spain itself, asking us in that case if we would therefore be facing a double supervision, which a priori may seem unnecessary; even more so if we take as a reference directive 2005/60/EC that gives rise to our Law 10/2010, which in its article 11.1 exempts credit institutions from the obligation to apply certain due diligence measures to payment institutions, as would be the case of Money Express.

Our Supreme Court decides, taking as a reference a case resolved by a recent judgment of the Court of Justice of the European Union of 10 March 2016, delivered in Case C-235/14, Safe Interenvíos v Liberbank, Banco Sabadell and BBVA (hereinafter, STJUE of 10 March 2016) which determines, that although there is such an exception in the Directive, Member States should ensure not only with due diligence measures, but with other types of measures that are more reinforced with their customers, in those situations that by their nature may present a higher risk of money laundering or terrorist financing. Among these due diligence measures would be to end the business relationship (art. 9.5 of the Directive and art. 7.3 of Law 10/2010).

In conclusion, for the application of these due diligence measures, when they are applied to an entity supervised by the Bank of Spain, it must not only be understood that there is a generic risk, it is necessary for the application of these measures, that concrete facts are appreciated that inform about the existence of a risk of money laundering or terrorist financing, and that the measures applied are proportionate, as in the case of the cancellation of accounts, deposits and credits, allowing in turn the entity that suffers these measures, the admission of evidence to the contrary with respect to the presumption of high risk of money laundering or terrorist financing (this is clear from paragraphs 87 and 110 of the CJEU of March 10, 2016).