4M: Paid permits to vote in elections to the Community of Madrid

Aycelaborytax » Blog » 4M: Paid permits to vote in elections to the Community of Madrid 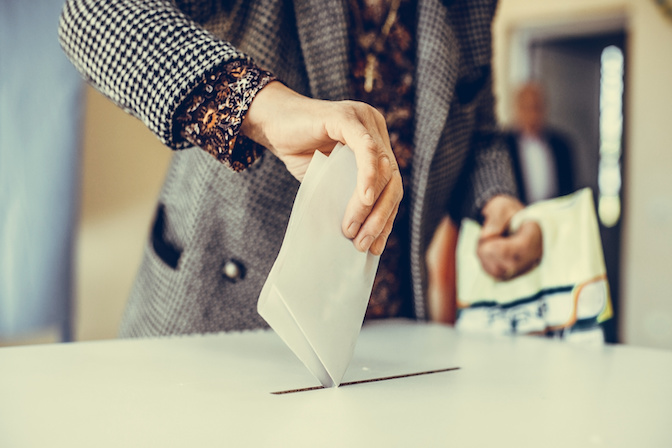 On May 4, workingTuesday, Madrid have an appointment with the polls to elect the next president of the Community of Madrid.

Although elections in Spain are usually held on Sundays, this is not the first case in which an election falls on a working day.

In any case, this is an exceptional situation and some questions can be asked: What rights does the worker have? Can the worker leave his job to go to vote? Do you have to pay back lost time? Why May 4th? Will you count this day as a holiday? Are companies required to grant paid leave to go and vote? And to be at the polling station?

Firstly, it should be clarified that, on this issue, it is necessary to differentiate between the two points covered by the legal legislation:

On 29 March 2021, the Official Gazette of the Community of Madrid (BOCM) took up a resolution regulating the paid permits of working persons so that they can exercise their rights in the elections of this community on 4 May.

These rights of workers when voting were previously recognized in Royal Decree 605/1999 of 16 Aprilon the additional regulation of electoral processes.

Subsequently, each autonomous community adapted this Royal Decree to its legislation and, in the case of Madrid, all these matters are regulated by the Resolution of 27 November 2015.

According to this Madrid legislation, the paid permits for workers who come to vote for an election will be as follows:

Despite these permissions, it is up to the company to distribute them according to the organization of the work. The permit must therefore be accommodated in order to alter as little as possible the production or service of the company.

In this situation, the team of labor
advisors
of AYCE Laborytax propose some alternatives that organizations can contemplate are: delay the start of the day, advance the end, organize shifts of enjoyment of the permit, etc.

In any case, the decision must be made in reasonable terms,always making the permit effective and, of course, grant it at a time that matches that of the vote.

For workers who do their job away from their usual home there is also a maximum of four paid hours to apply for certification accrediting their registration on the census and voting by mail.

On the other hand, and to conclude with the rights of workers, it should be noted that this is an official leave paid within the working day,so the hours to vote are at the company’s account and, in no case, should they be deducted on the final payroll.

Companies that deny this leave to their employees face fines of between 626 and 6 250 euros for violating a fundamental right of all Spaniards.

However, the worker has an obligation to notify his person responsible of his intention to take this leave as well as to justify his absence. To do this, the employee may ask the polling station for proof of having voted.

The granting of paid permits to be part of a polling station or to be seized is more specifically regulated in DR 605/1999.

In the event that workers have the status of president, vowel, intervener or polling station proxy, they may enjoy paid full-time leave,to which an additional five-hour leave is added on the immediately following day.

Although for workers performing proxy functions, the permit will be only for voting day.

If, on the date immediately before polling day, any of the persons included in this section must work on the night shift, the company must change the shift in order to be able to rest the night before the day of voting. The request corresponds, in any case, to the worker.

Why are elections to the Community of Madrid held on a weekday this year?

As set out in Article 10.7 of the Statute of the Community of Madrid, the elections of the Madrid Assembly must be held ‘on the fourth Sunday of May every four years’. Except if an early dissolution of the Assembly takes place, as is the case.

In these situations, under article 8.2 of the Electoral Law of the Community of Madrid, the elections must be held “on the fifty-fourth day after the call”, which took place on 11 March. Therefore, 54 days later,specifically on Tuesday, May 4, Madridians are called to the polls.

But this is not the first time that an election has been held in Spain on a working day. Without going any further, Catalonia’s early elections in 2017 were held on 21 December, Thursday and also working, which had an 81.94% stake.

Although May 4 will not be a public holiday, it has been declared a “non-school day”,so there will be no school day.

All schools, from children to the University, will be closed that day, whether or not they are polling stations.